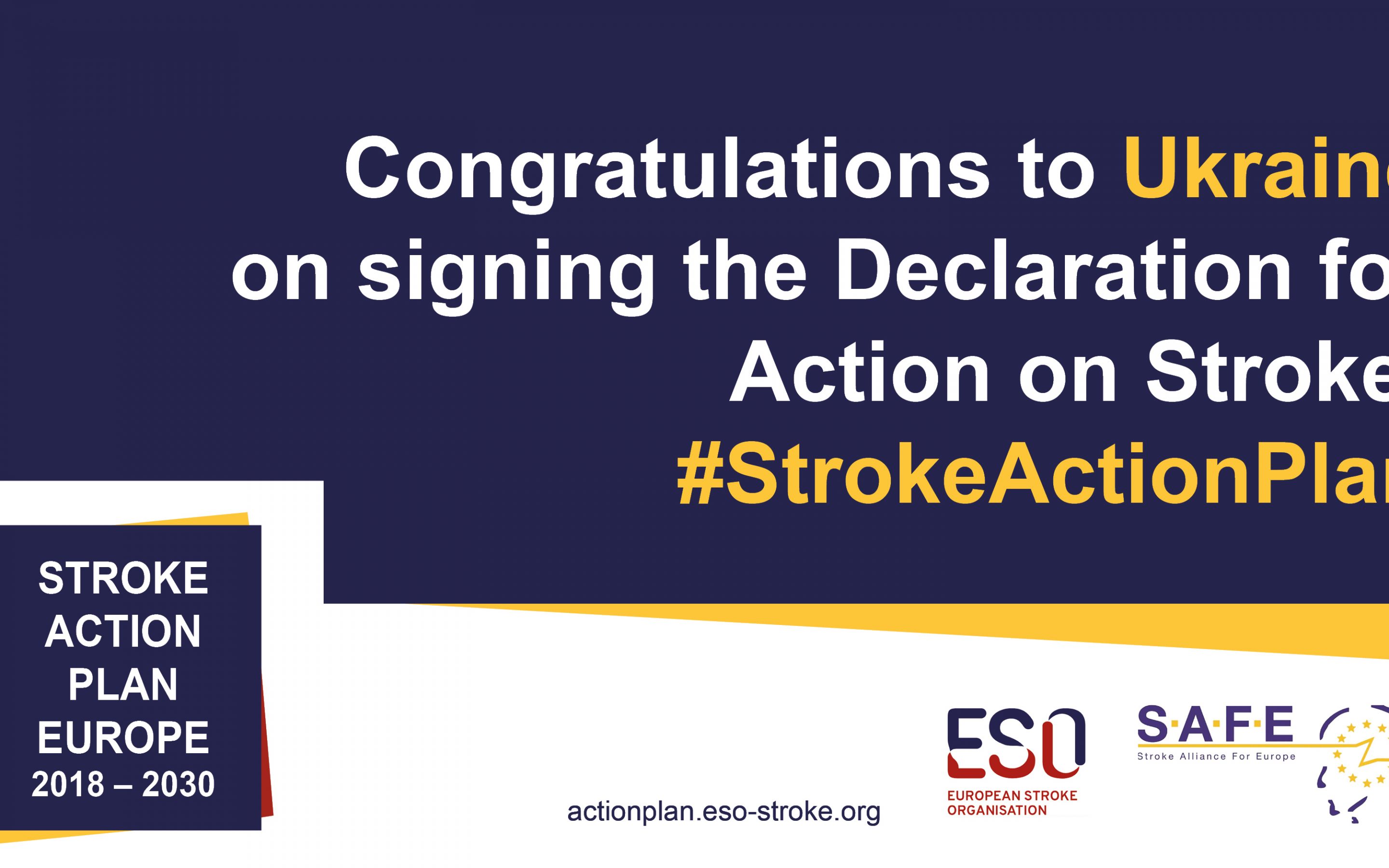 This month, Lithuania joins Ukraine as the second country to sign up to the Stroke Action Plan for Europe Declaration for Action on Stroke.

On 19 May 2021, Ukraine announced that the Ministry of Health of Ukraine along with the National Health Service of Ukraine support and have signed the Declaration for Action on Stroke.

We launched the Declaration on European Stroke Awareness Day, 11 May 2021, in partnership with the European Stroke Organisation (ESO). This initiative aims to encourage European countries to show their commitment to improving stroke prevention, treatment, care and support, by signing the Stroke Action Plan for Europe Declaration and add their voice to the fight against stroke across Europe.

In 2020 acute stroke care was recognised as a priority in Ukraine where stroke mortality is higher than in most European countries:

Dr Andriy Vilensky, Head of the National Health Service of Ukraine said,  ‘…timely and effective medical care increases the chances of a full recovery of the patients and can save their lives….we have found that in 2020 in the contracted facilities the in-hospital stroke case-fatality rate fell by 6%. We strongly believe, the main reason for this was that these patients were admitted to hospitals that had an opportunity to provide quality care. These are good results of the first months of implementing a new approach to the organisation and payment for medical services in acute stroke in Ukraine.’

Dr Francesca Romana Pezzella, Co-Chair of the Stroke Action Plan for Europe Steering Committee added, ‘This is a fundamental milestone in the implementation of the Stroke Action Plan in Ukraine, and an important achievement towards the plan’s progress in Europe. Ukraine is, in fact, the first among the countries participating in the SAP-E to have officially endorsed the Declaration. We hereby acknowledge the support this document received from the authorities that have signed it, and the successful efforts of the Ukrainian Anti-Stroke Association in raising the awareness about our objectives, networking and communicating tirelessly with all interested parties, promoting the importance of the Declaration and setting a challenging example for the other national teams, committed to the same result”.

It is estimated that over one million people in Europe have a stroke and 460,000 die as a result of a stroke every year and almost 10 million people are living with the impact of stroke. The costs related to stroke in Europe were recently estimated as high as €60 billion and are predicted to increase to rise to €86 billion, a 44% increase, by 2040.

SAFE and ESO are calling on health ministries across Europe to support the Declaration for Action on Stroke to reduce the burden of stroke in Europe.

Join Ukraine, Lithuania and others – find out more at https://actionplan.eso-stroke.org/