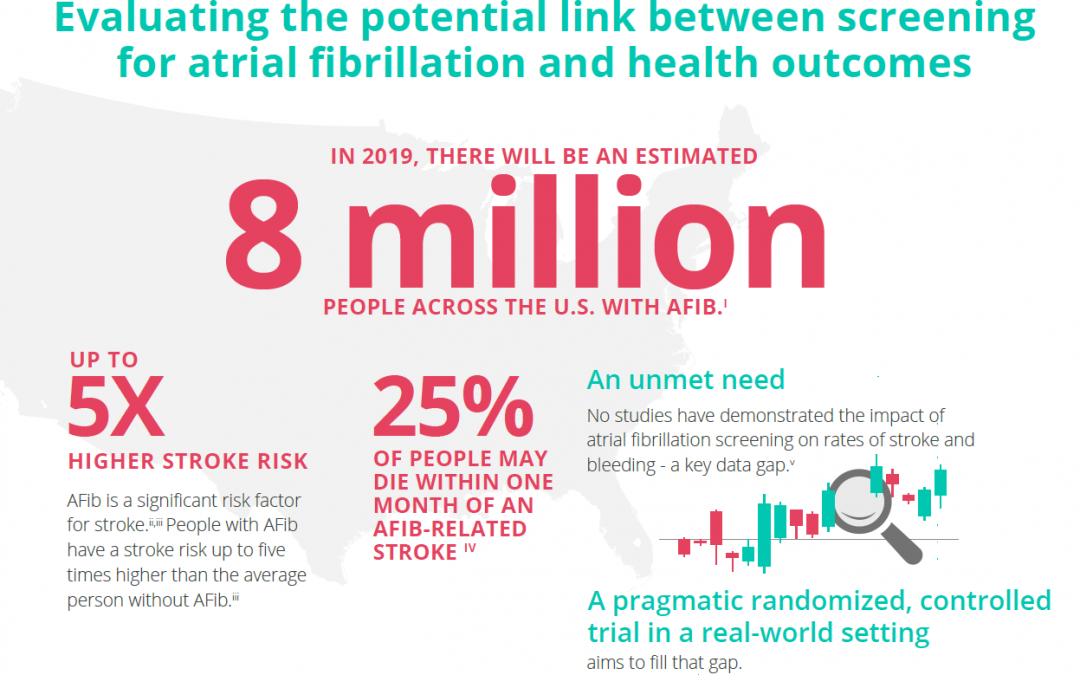 The Bristol-Myers Squibb-Pfizer Alliance today announced the initiation of a new randomized, controlled study, GUARD-AF (ReducinG stroke by screening for UndiAgnosed atRial fibrillation in elderly inDividuals). The study seeks to determine if earlier detection of atrial fibrillation (AFib) through screening in previously undiagnosed men and women at least 70 years of age in the U.S. ultimately impacts the rate of stroke, compared to usual standard medical care. This study will also assess potential bleeding leading to hospitalization, and therefore provide an evaluation of net clinical benefit or harm. AFib is the most common type of significant irregular heart rhythm, and it is estimated that 8 million people in the U.S. will be affected by AFib in 2019.i,ii AFib is a significant risk factor for stroke; stroke risk is up to five times higher in people with AFib than in those without it.iii,iv AFib can often go undetected, as it can be asymptomatic,i and some studies suggest that more than 25 percent of people who have an AFib-related stroke find out they have AFib after a stroke.v

“There is a real need for a study like GUARD-AF to assess the impact of screening for AFib on the crucially important outcome of stroke,” said Daniel Singer, M.D., Professor of Medicine at Harvard Medical School and Professor in the Department of Epidemiology at Harvard T.H. Chan School of Public Health, and an academic general internist at Massachusetts General Hospital. “This study has the potential to directly affect clinical practice and could lead to more AFib patients being identified and appropriately managed to avoid stroke.”

You can read the full press release here. 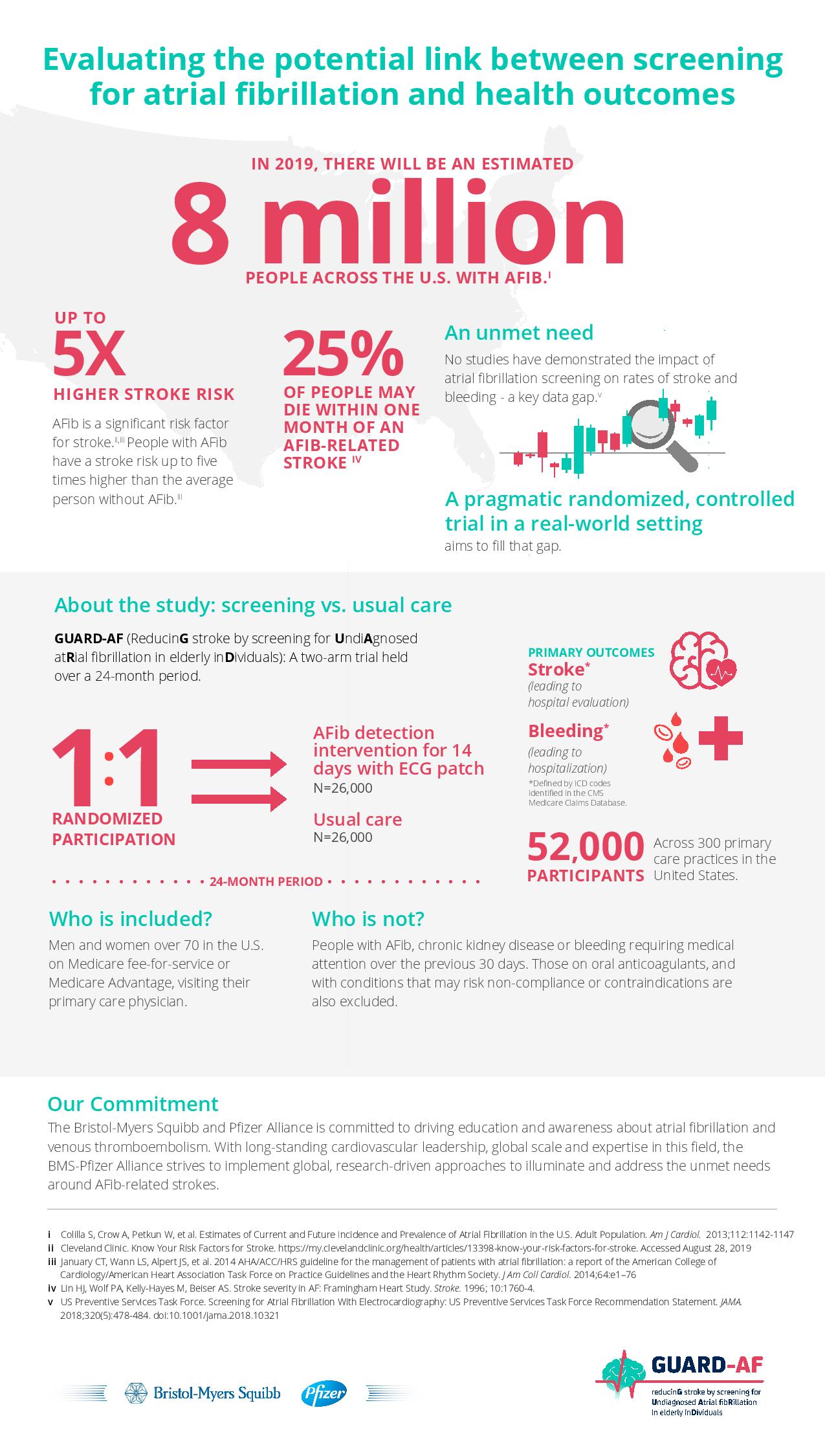 Disclaimer: This article was written by a third party. It does not necessarily express the views of the Stroke Alliance for Europe. The party who issues this press release is entirely responsible for the accuracy of its information.