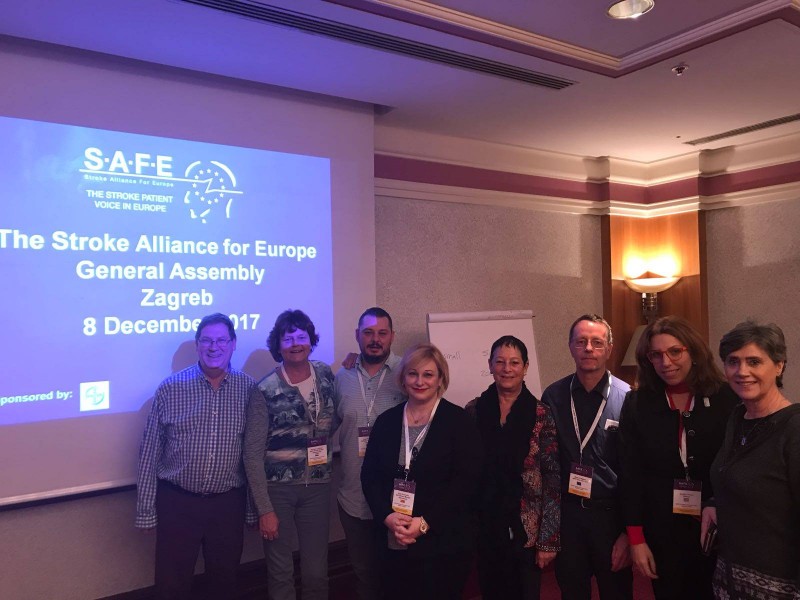 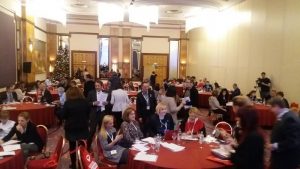 The Working Conference and General Assembly of the Stroke Alliance for Europe (SAFE) took place at the Westin Hotel, Zagreb from 6-8th December, 2017. This was the most successful SAFE annual conference to date, with around one hundred delegates from more than 30 European countries.

SAFE delegates have approved at the General Assembly two new applications for membership that have been previously approved by the board.  These are from the Irish Heart Foundation and Beyinder Turkey.

France AVC did not comply with membership requirements during the 2017 and therefore did not become a full member until now. At this General Assembly, they have submitted the missing documents and the delegates confirmed their membership.

At the General Assembly, SAFE elected a new board member, Hariklia Proios from Greek Stroke Association (HAAS). Jon Barrick was given another term in the office and Elisabeth Ortines stepped down from her position as SAFE Secretary. The new Secretary will be Monique Lindhout from Netherlands, a current Board member since December 2016. The SAFE Borad is now made of Jon Barrick (the President), Markus Wagner (the Vice President), Monique Lindhout (the Secretary) and the following Board members: Grethe Lunde, Pnina Rosenzweig, Anita Arsovska, Kolbrún Stefánsdóttir, Ivan Milojevic and Hariklia Proios.

The SAFE Working Conference and General Assembly 2017 were kindly sponsored by our industry partner Bayer.