The study, commissioned to researchers at King’s College in London by Stroke Alliance for Europe, looked at data, documents and information from 35 European countries, including Italy, noting significant differences between different care models and disparities in the possibilities of access to therapies.

The report underlines alarming epidemiological data: Stroke is among the first causes of death in Europe, the second leading cause of adult cognitive deficiency and the first cause of long-term disability. Despite the efforts made by European countries to address this humanitarian catastrophe, an increase of about 30% of new cases is expected in the coming years, mainly attributable to the aging of the population.

Hoping that Italy can be the leader, as well as international reference for best practices on prevention and treatment of stroke, the Ictus Italia Observatory promoted the Italian version of the report, using this precious opportunity for information and sharing, not only with the population, but also with policy stakeholders and with professionals involved in planning and organizing health services.

“Stroke is a condition that afflicts millions of people and families in the world, transforming their existence into a reality of suffering and loss of autonomy,” states Dr. Nicoletta Reale, President of the Observatory Ictus Italia. “The Observatory has therefore engaged in the dissemination of the Italian version of the Report, in order to make available to the population more information on the extent and impact of the disease, but also on the value of the commitment and support that a voluntary association such as ALICE Italy can offer”.

The study done by King’s College London has shown that it is possible to significantly improve the survival rate at stroke through the implementation of the Stroke Units and the use of thrombolysis treatment. However, despite the inclusion of these structures in European and national guidelines, it is estimated that only 30% of European stroke patients receive proper care.

The projections suggest that within the next twenty years there will be a total increase of 34% of the total number of cases of stroke in the European Union, ie a shift from 613,148 cases in 2015 to 819,771 in 2035. In 2015, only the direct health costs of pathology have reached 20 billion euros in the EU, while indirect costs, due both to the affordability of informal family and friends assistance, to loss of productivity caused by pathology or death, order of another 25 billion euros.

Prevention and correct stroke therapy should therefore be the absolute priority of European countries. At present, the rate of death for stroke in the various states ranges from 30 to 170 cases per 100,000 inhabitants, a difference depending on the presence of functional Stroke Units in the territory.

“Europe is the continent where stroke cures reach the highest quality standards, but in Italy, unfortunately, there is no real national health policy strategy on the Ictus and citizens have no equal access to information on the pathology or the necessary care to prevent it, “states Mr Aldo Patriciello, Member of the European Parliament. “Clinical research over the last 60 years has shown that preventive care and organized care such as Stroke Units can significantly reduce the incidence of the disease and improve the quality of life of those affected and their families. It is therefore necessary for the competent Italian authorities to engage in this direction in order to overcome the disparities in access to care and treatment of patients present in the territory. ”

The S.A.F.E. has put the matter to the attention of the European Parliament for a long time, presenting epidemiological data and different care models in individual countries and inviting them to set up a national registry for stroke in order to maintain adequate control over the pathology and to adopt the best possible strategies to deal with it.

Who is the Osservatorio Ictus Italia

The Osservatorio Ictus Italia was born from a Joint Initiative of the Association for the Fight against Cerebral Ictus (ALICe. Italia Onlus), the Parliamentary Intergroup on Social Problems of the Ictus, the Italian Stroke Organization (ISO) and of the European Stroke Organization (ESO), which also immediately joined the Istituto Superiore di Sanità ISS (Department of Cardiovascular, Dismetabolic and Aging) and the Italian Society of General Medicine SIMG (Italian Society of General Medicine and Primary Care). It works to promote greater awareness and awareness of the issues related to the Cerebral Ictus by implementing dedicated policies both at national and regional level, in order to become the principal actor and partners of public and private institutions, providing leadership, strategic guidance and health recommendations -cognitive, scientific-academic and social. 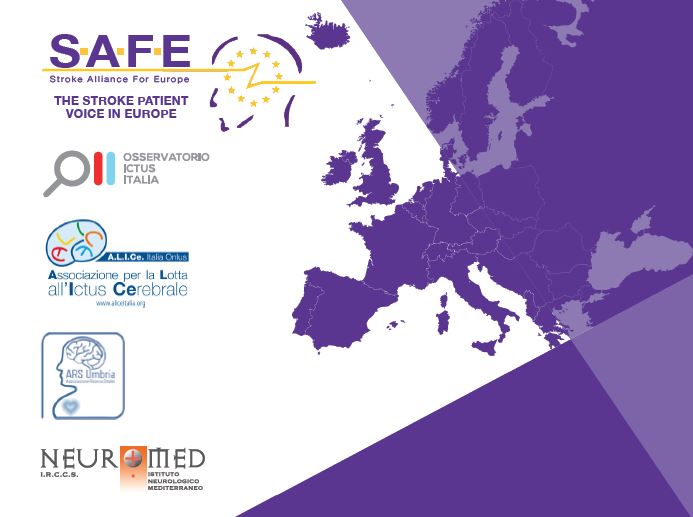