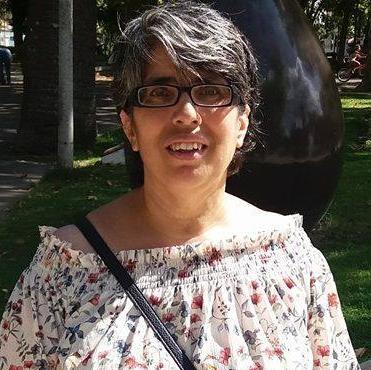 Anabela Resende, a survivor of stroke and member of the board of Portugal AVC, shares her stroke experience and reason for preventing strokes.

Where were you when you had your stroke?

I suffered the stroke on January 12, 2013, while I was enjoying a vacation with my husband in the city of Peniche, Portugal.

I was immediately referred to a hospital.

What expectations did you have for your treatment, rehabilitation, recovery?

At first I did not have great expectations, although I wanted to recover a lot, I was not discouraged, I used to be careful not to create expectations that might not be possible.

What was your treatment and rehabilitation experience?

It has been very hard, with many obstacles to overcome, however on the other hand it has been fantastic, it gave me the opportunity to meet many exceptional physiotherapists, who have helped me continue this path of recovery, with whom I have learned some movements that I lost and I learned that I can endure much more some days than I thought, with huge determination. As time passed I realized that I was recovering more than the initial prognosis, which left me very satisfied and wanting to recover more and to believe that anything was possible.

What helped with your recovery?

I was instrumental in my recovery, because I was always motivated, always wanting more than I could, because if I did not have the motivation to recover, I would never have got to the point where I am today, much of what I recovered was due to my great will, which despite being always well accompanied in my journey, this would not be so probable.

What were / are your fears?

My biggest fear was to be totally dependent, nowadays this fear no longer questions itself, because gradually I am getting more independent.

How do your family and friends feel and respond?

It was difficult for everyone, especially the family, who had to change many aspects of daily life.

What inspired you to be involved in stroke support?

When I suffered from a stroke, I looked for some association that would provide some support to stroke survivors and I did not find one. Only later with the emergence of the stroke support organization, Portugal AVC, several mutual help groups were created for stroke survivors.

How did the project come about?

With the beginning of Portugal AVC, we always thought it was paramount to foster mutual aid. It means more follow up for stroke survivors, sharing life stories and helping each other to overcome the difficulties that stroke brings to the lives of those who suffer from one.
The project has been very positive, although they are still in the beginning, with several groups scattered throughout the country.

What has been the response of others – the community, doctors and politicians?

Gradually the community has increased knowledge about Portugal AVC, and has been very receptive and the experience has been favourable for all who contact Portugal AVC.
On the part of the doctors, we have had good connection, showing solidarity and they want to be involved in Portugal AVC projects.
As for the politicians, Portugal AVC is slowly opening the way, we have received the Secretary of State for Inclusion in a meeting of Portugal AVC and presented in a parliamentary committee to talk about the problems of the survivors.

What would you say to other people to make them take stroke prevention seriously?

It is crucial to be aware that stroke is the leading cause of death in the world and when it does not it can leave disabling consequences for the rest of a person’s life, so prevention is very important to avoid suffering a stroke in the future and be aware that all people are subject to it.

What is your reason for preventing strokes?

When you have a stroke, life changes completely, so any effort you make in relation to prevention, such as changing eating habits, quitting smoking or starting a physical exercise, is small in comparison to the changes that a stroke can cause in a person’s life.
Having to face disabling and limiting physical changes, and struggling with basic activities such as eating, hygiene, dressing or moving, from being an independent person, to becoming a dependent person, is a good reason to be aware that stroke is very serious and to prevent it and to avoid many more cases of stroke in the future.