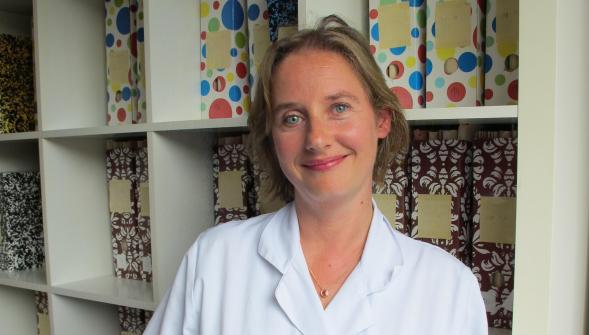 Charlotte Cordonnier, MD. PhD. is Professor of Neurology and a Vice President of the European Stroke Organisation, as well as the founding member of the Women Initiative for Stroke in Europe (WISE), made up of female researchers and clinicians, examines the gap in stroke care for men and women in Europe.

Our sex dictates the biology of our bodies – that much is clear. Male, female or other, our chromosomes determine what hormones will swirl around inside us, and how our body parts will develop. Male bodies are more vulnerable to certain diseases than female, and vice versa. But often, not for any biological reason, being male or female is a key that allows us access to, or control over, resources and decisions, because gender norms dictate our behaviour.

Gender norms are also influencing our health. Girls may receive different or inadequate education, for example, leaving them unable to make informed health choices. Or perhaps it is the norm that men should smoke or drink heavily. In some cases, a woman may feel that her peers expect her to put the needs of her children before her own health, so she won’t take time for a health screening. Men may believe it is not socially acceptable to prioritise their mental health. These expectations from society that men and women should behave in a certain way, or should not have access to health options, can expose us to different health risks. If we can improve our understanding of both biological differences and differences resulting from gender norms, we can be better equipped to address disease and ill-health. 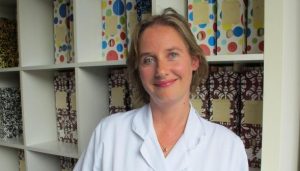 Charlotte Cordonnier, MD. PhD. is Professor of Neurology and Head of the Department of Neurology & Stroke Unit at Lille University Hospital in northern France. She is also Vice President of the European Stroke Organisation and a founding member of the Women Initiative for Stroke in Europe (WISE). This working group, made up of female researchers and clinicians, examines the gap in stroke care for men and women in Europe, which leaves women generally experiencing worse outcomes than men after a stroke.

The group wants to close that gap by taking a more in-depth look at women’s risk of stroke, prevention and their after-stroke treatment and care. During an interview in early March 2017, Professor Cordonnier shared her perspective on the impact of stroke on women, first explaining the motivation for the WISE initiative.

“We got a lot of inspiration from the cardiovascular field, where there was already a lot of evidence that there are specificities for women who are suffering from ischaemic heart disease. As female doctors, we thought that there was not a lot of knowledge regarding the brain of our female patients and we wanted to raise the interest. We know that the incidence of stroke is going to dramatically increase in the population, but especially in elderly women, so we thought it was time for us, as the leader in academic medicine, to show that it was important and we have to take care of it.”

Stroke is the second most common single cause of death in Europe, accounting for 9% of deaths in men and 13% of deaths in women each year[i]. Cordonnier argues: “Because we made so much progress in ischemic heart disease management, so much progress in cancer management, the issue with stroke is that nowadays women are dying from their brain… Most of the differences that we find between men and women in stroke are strongly mediated by age – because women tend to live longer, they tend to present with a stroke which might be slightly worse in severity but especially which is arriving on a body that has multiple comorbidities – other diseases, which makes it more complicated to deal with.”

Cordonnier points to the fact that medicine has been mainly done by men, which has led to an imbalance in research.

“We prescribe a lot of oral anticoagulants to our patients and in medicine you learn that you have to prescribe the tablets in the profile of patients where it was studied. So, you look at the data and the literature and you see that stroke patients in the literature are mainly men in their 60s and you’re doing your ward rounds and you prescribe the same medication from the study but to a woman who is 80. …Most of the proven treatments that we are using have not been carefully studied in women.”

WISE is working to promote the collection of data throughout Europe specific to women, such as how women respond to reperfusion therapy (treatments to reopen the vessels in the brain after stroke, including thrombolysis and thrombectomy). “Women tend to arrive slightly later in hospital, they tend to receive slightly less-aggressive treatment which is not only explained by age. They are significantly underrepresented in clinical trials – so we don’t have enough evidence in this group of patients.”

In her lifetime, a woman’s biology will take her through three high-risk periods for stroke – during pregnancy, as she begins the menopause, and when she is elderly. Cordonnier explains, however, that the risk goes beyond biological differences. “There are probably also lifestyle factors and social roles that are specific and that may influence the risk of stroke and the prognosis.” Cordonnier points out that in developing countries, women are more vulnerable and their health suffers disproportionately to men in periods of social crisis. “I think it really illustrates the inequality and I would say the injustice – it’s unfair. Of course, I’m a doctor so first I focus on biology and then I try to understand the differences. And studying the differences between men and women, when focusing on stroke, we found that the fragile position of women in society is also illustrated by weaker access to care and it inevitably contributes to a poorer outcome… In countries where women are not able to go to school, they are not educated, they do not know the signs of the disease when they are pregnant, they do not have access to doctors and all of that makes the weight of stroke worldwide really unfair on the shoulders of women.”

European healthcare systems must also respond to address the inequality between men and women in the impact of stroke. Cordonnier explained that “the most efficient treatment for stroke is to have access to the stroke unit. Because more women are elderly when they are having their stroke, they are less likely to have access to dedicated stroke unit beds. Of course, in Europe we do not select the admission on gender, but we tend to select the access to care on age. In a hospital, when you do not have enough beds, you are more likely to admit younger people, and the elderly people will go in more general units. I mean they will have a bed in the hospital but not in the stroke unit. In the next 20 years, society will have this kind of question, so the first thing to promote to improve outcomes among women is to offer access to care to elderly women in stroke units – we need beds.”

Cordonnier muses that when she is treating her patients, she has a different perspective to a male doctor, “because I see it as a woman and I do not see it as a man. It probably only demonstrates the prejudiced view of being a male or female, so you don’t see the same thing in the disease.” There are questions in medicine that are now being asked because the perspective on gender is widening, but this does not mean men are excluded. Cordonnier emphasises, “because you’re promoting something you think has been understudied in women it doesn’t mean that you’re saying it doesn’t exist in men. I think it’s an important point and it’s something that people who are not sensitive to gender-specific issues do not really understand. It just means that it is of interest… For example, for sexuality …we know that we are more likely to ask men about impotence because we know that our treatments will have side effects, we know that stroke may have an effect. But unless the woman is addressing the issue by herself spontaneously, I think doctors are not likely to ask women about it.”

The WISE group is made up of female stroke clinicians and researchers from all over Europe and beyond. They meet once a year at the European Stroke Organisation Conference (ESOC), and via conference calls every four months. The WISE initiative offers an arena for new research questions to form, not only relating to stroke, but also to being a female doctor working in the field of stroke research and stroke care. Cordonnier explains that the first meetings took an unexpected turn. “It went beyond just stroke as a disease in a woman… in the way we were gathering and discussing, it also raised the issue of ‘how do you handle your role as a doctor, as a woman in this field’? So very often there are two parts in the meeting –  there are the projects – how can we promote, for example, the registry to evaluate the rate of thrombolysis among women, or also to raise awareness in stroke complications in pregnancy? And then the issue of being a female doctor in the field of stroke. Because the path is not easy.”

Surely that path of stroke research and treatment is less challenging if it is not walked alone.  ESOC is a highlight of Cordonnier’s working year, where she can gather with other stroke specialists. “For me, it’s really a source of energy which is very positive in my research and in the way I organise the stroke care in my institution. I go every year to share knowledge, to learn from each other. Probably we all work in our teams, so I would say quite isolated in our daily research lab and in our hospitals, so this is an unique opportunity to learn, to discover new things, to have new ideas. And it depends at which step of your career you are but when you’re younger you learn a lot, and when you’re older, like I am now, you have ideas, you gather energy –  because we all fight the same disease. We all want to go in the same direction.”

If you would like to be involved in WISE, please contact European Stroke Organisation (ESO), P.O. Box, 4002 Basel, Switzerland.  esoinfo@eso-stroke.org