The event ‘Joining forces to prevent and control non-communicable diseases: The role of policy in tackling stroke’ took place on 28 March 2019 in Brussels, at the Committee of the Regions (CoR). The event, held under the patronage of the Romanian Presidency of the Council of the European Union (EU), was organised by the Stroke Alliance for Europe (SAFE) in collaboration with the European Stroke Organisation (ESO) and the Romanian National Association of Stroke (ANRS), and kindly supported by our corporate partners: the Angels Initiative, Amgen and the BMS-Pfizer Alliance. The agenda and speakers’ bios can be found in the Annex of this report. 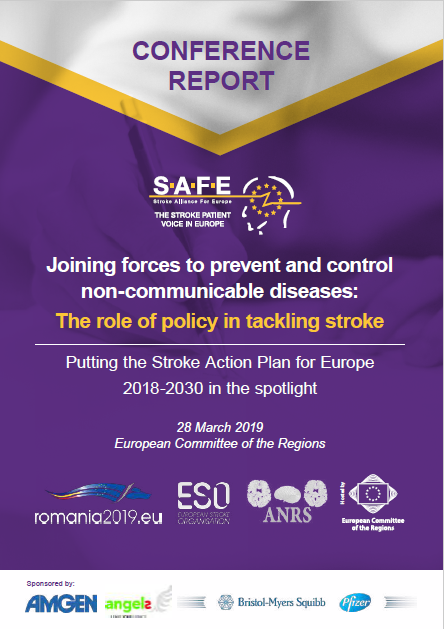 The conference represented an important opportunity to bring together European, national and local policy stakeholders to foster discussions on the need for policy action in the area of stroke. In particular, as identified by SAFE’s Burden of Stroke in Europe Report, a priority was to address the disparities between and within European countries across the stroke care pathway – from primary prevention to life after stroke. The event also looked into the role of policy and policy stakeholders in achieving the ambitious targets of the ‘Stroke Action Plan for Europe 2018-2030’. We are hopeful that the discussions will feed into the Romanian and upcoming Finnish and Croatian presidencies’ health priorities, as well as current and future EU action for preventing and controlling non-communicable diseases (NCDs).

During the panel discussion, patient representatives and clinical experts called on the EU Institutions to recognise the burden of stroke as its own incredibly important entity, rather than diluting it in the wider classification of cardiovascular diseases. Panellists representing patients and clinicians also called for the EU to facilitate discussions between its Member States on the implementation of the Stroke Action Plan for Europe.

A number of actions were identified as viable options for EU action on stroke during the event. Firstly, Martin Seychell, Deputy Director General at DG SANTE, offered to facilitate discussions on the Stroke Action Plan for Europe within the NCDs Steering Group, as well as to assist Member States with the identification and transfer of best practices. Then, Rokas Navickas, Scientific coordinator at the CHRODIS+ Joint Action, proposed a collaboration between SAFE, ESO and the CHRODIS + Joint Action, including a potential future project on stroke. Finally, Mikel Irujo Amezaga, member of the CoR, proposed moving forward with an own-initiative report driven by the CoR and encouraged SAFE and ESO to pursue different available opportunities for regional collaboration and funding, including the EP Pilot Projects and the Interreg Thematic Platforms.

As a next step to this meeting, SAFE and ESO will follow-up with speakers and participants to move forward with the identified opportunities. Joining forces with EU policy-makers to address the burden of stroke that stroke survivors, their families and the overall society are currently facing is essential. We need to call on them to follow through on their suggestions to help implement the Stroke Action Plan for Europe and, together, make a difference!

If you did not have the opportunity to join us in person on 28 March, you can still watch the live streaming of our event here.

You can download below the final version of the conference materials:

The final agenda of the event can be found below:

Joining forces to prevent and control non-communicable diseases: The role of policy in tackling stroke

Speaker profiles can be found here 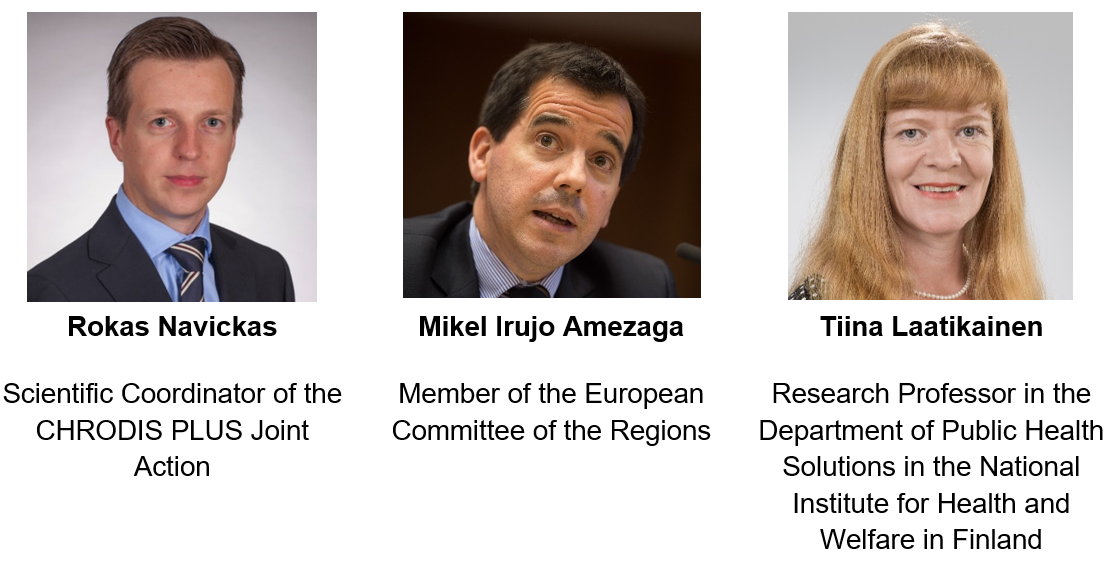 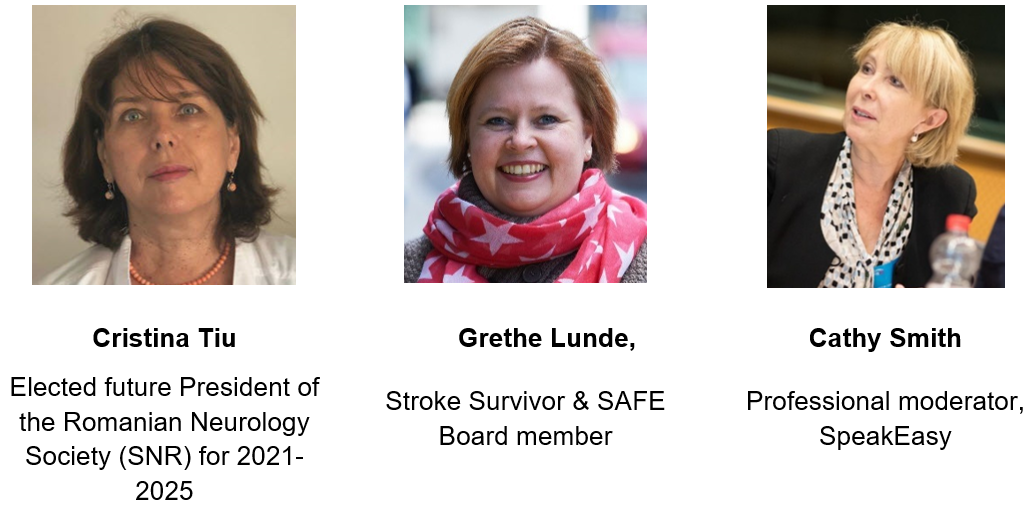 To view more information on the speakers click here.

The event was organised by SAFE in collaboration with the European Stroke Organisation (ESO) and the Romanian National Stroke Association (ANRS).

ESO is a pan-European society of stroke researchers and physicians, national and regional stroke societies and lay organisations. The aim of the ESO is to reduce burden of stroke by changing the way that stroke is viewed and treated. ESO serves as the voice of stroke in Europe, harmonising stroke management across the whole of Europe and taking action to reduce the burden of stroke regionally and globally.

ANRS is an independent, not-for-profit, non-governmental and apolitical Romanian association of physicians with scientific, medical and social goals regarding stroke prevention and management optimisation in accordance with the European and WHO standards. The association organises congresses, conferences, round tables, practical demonstrations and symposia that seek to promote up-to-date stroke education, according to the latest scientific research and validated therapeutic progress.

The event will be held under the patronage of the Romanian Presidency of the Council of the European Union and hosted at the European Committee of the Regions (CoR).

About the Romanian Presidency of the Council of the European Union

The European Committee of the Regions is the voice of regions and cities in the EU, aiming to reduce the gap between EU institutions’ work and EU citizens. It is composed of more than 350 local and regional elected representatives from across the EU and advises on new laws that have an impact on regions and cities (which is 70% of all EU legislation).

We are grateful to our sponsors for their generous support of this event.