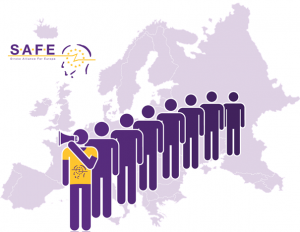 WSD16 Plan of activities per country

NEEMAN ASSOCIATION FOR STROKE SURVIVORS – WORLD STROKE DAY ACTIVITIES*:
1. Neeman Association for Stroke Survivors will be holding a conference for major decision makers in health and welfare in Israel, on November 17th. It is being organised together with the Ministry of Health, under the sponsorship of the Minister and the incoming new Director General of the Ministry. The overall topic addresses the issue of how to decrease the morbidity of stroke by 25% in the coming five years and to improve the rehabilitation system. The key speakers will be Professor Werner Hacke, President of WSO and Professor Michael Brainin, President Elect of WSO, together with major health functionaries from the local scene.

2. A media campaign (major national TV channels) for raising awareness of the early warning signs of stroke and the necessity of arriving without delay to emergency services by ambulance. The following film is being screened for the second consecutive year following its overwhelming success last year. Its effect was so strong that some viewers asked for it to be removed! It has been translated by the Catalonian Stroke Support organization. It refers to the signs of a drooping mouth, loss of speech and weakness in the arm and the necessity for calling an ambulance immediately and not offering a glass of water, helping to complete a sentence or picking up the groceries.

3. An additional media campaign will run on the major online news channel – YNET, – emphasizing the importance for survivors and their carers of rehabilitation and recognition of the challenges of coping with the aftermath of the stroke on their lives. 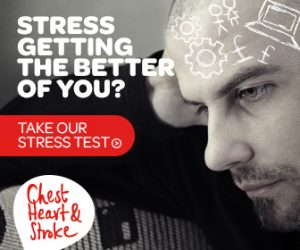 We are running a campaign highlighting the impact that stress can have on the risk of stroke. We are calling it Give Stress a Rest. This has been in the planning stages since July and started at the beginning of October, so all the artwork etc was already done.

These are being used in digital ads and social media that then take people through to our website to take the stress test and get more information on how to cope with stress in a healthy way. The url of our stress test is www.nichs.org.uk/stresstest.

HELLENIC ALLIANCE/ACTION FOR STROKE (HAS) has prepared two events in Thessaloniki for the WORLD STROKE DAY 2016:
1. A street event at the famous Aristotelous square (brochures, banner, open dialogue with specialists)
2. An informative event at Electra Palace Hotel Thessaloniki in which the public can be informed about ways of prevention and dealing with stroke
You can find a quick reference about the events at the following link:
https://www.worldstrokecampaign.org/get-involved/world-stroke-day-events/130-stroke-in-simply-words-2016.html 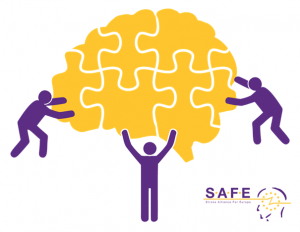 The Association AVC Portugal was invited to participate in several national events, one radio broadcast and one magazine conference.

The Stroke Association in Serbia plans to cover the WSD16 with lectures for scientific public and media appearances for the general public. It managed with the local government to have all the important monuments and public buildings in the capital city, Belgrade, lit up in purple for the 29th October, in order to raise awareness about stroke.
The WSD16 Media Release based on the template provided by SAFE will be sent to all media.

In addition, here you can download the World Stroke Organisation Campaign Resources Toolkit 2016 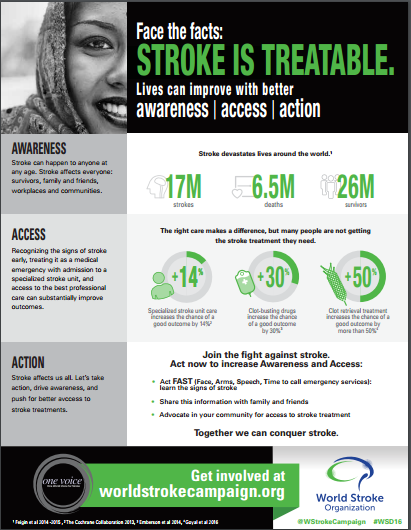