In order to preserve this momentum and garner political support, ESO and MEP Aldo Patriciello have decided to organise an event within the European Parliament, focusing on innovation in stroke treatment and access to it.  The primary objective was to bring together representatives from ESO and the EU institutions, physicians and patients with the aim of discussing how to ensure equal access to the current stroke management standards and reduce inequalities within Europe along the whole patient’s care pathway. END_OF_DOCUMENT_TOKEN_TO_BE_REPLACED 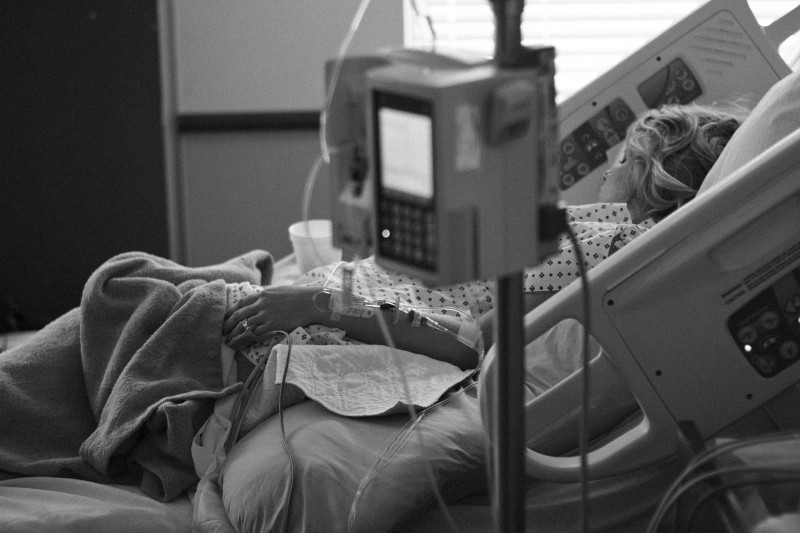 People who survive a stroke or a mini-stroke without early complications have an increased risk of death, another stroke or heart attack (myocardial infarction) for at least 5 years following the initial stroke, found a new study published in CMAJ (Canadian Medical Association Journal)

Saturday, July 22nd is World Brain Day. Organisers of the Together Under the Umbrella campaign are inviting the public to share a picture of themselves on the day, using the hashtag #UnderTheUmbrella, to help raise awareness of brain disorders.

Last year’s World Brain Day saw hundreds of pictures shared around the world – selfies, groups of family and friends, medical professionals and patient groups, all stood under umbrellas in support of brain disorder awareness. A wide variety of disease areas were highlighted in these messages including MS, Parkinsons, headache, mental health, chronic pain, ME and rare diseases.

The campaign is an initiative of the European Federation of Neurological Associations (EFNA), who bring together European umbrella organisations of neurological patient advocacy groups.

The umbrella is used as a symbol of unity by the campaign – bringing the many neurological conditions together. To find out more about the campaign visit www.undertheumbrella.eu and follow @UnderUmbrellaEU on social media.

About Together Under the Umbrella

Developed in line with a strategy to advocate for support of patient-led campaigns to educate, eradicate stigma and raise awareness of neurological and chronic pain disorders, Together Under the Umbrella aims:

• To raise awareness of the prevalence of neurological disorders
• To educate society on the range of disorders which are ‘neurological’
• To ‘brand the brain’ by grouping these disorders under a common symbol to create a unified and identifiable
‘brand’
• To provide a platform for European and national patient neurology groups to promote and profile their work
in the areas of advocacy, communications and fundraising using the hashtag #UnderTheUmbrella
About Neurological Disorders
• Each year, approximately 1 in 3 Europeans are affected by a brain disorder and 1 in 5 by chronic pain.
• This includes 153 million people suffering migraine or other disabling headaches, 200 million musculoskeletal
disorders, 100 million people experiencing chronic pain, 8 million living with stroke, 6 million with dementia
and 4 million with traumatic brain injury.
• The World Health Organisation estimates that brain disorders cause one-third of the burden of all diseases.
• €295 billion a year is spent on healthcare for neurological and brain disorders, making them ‘the number one
economic challenge for European health care, now and in the future’.

About the European Federation of Neurological Associations (EFNA):

EFNA currently has a membership of 18 associations, based in countries Europe-wide.

SAFE gathered 29 SSOs for this year’s Regional Conferences in Lisbon, Riga and Berlin

During the period between 31st May and 5th July 2017, SAFE organised three Regional Conferences. These conferences were held in Lisbon, Riga and Berlin, having representatives from 5 country clusters, with 29 stroke support organisations from 26 European countries. 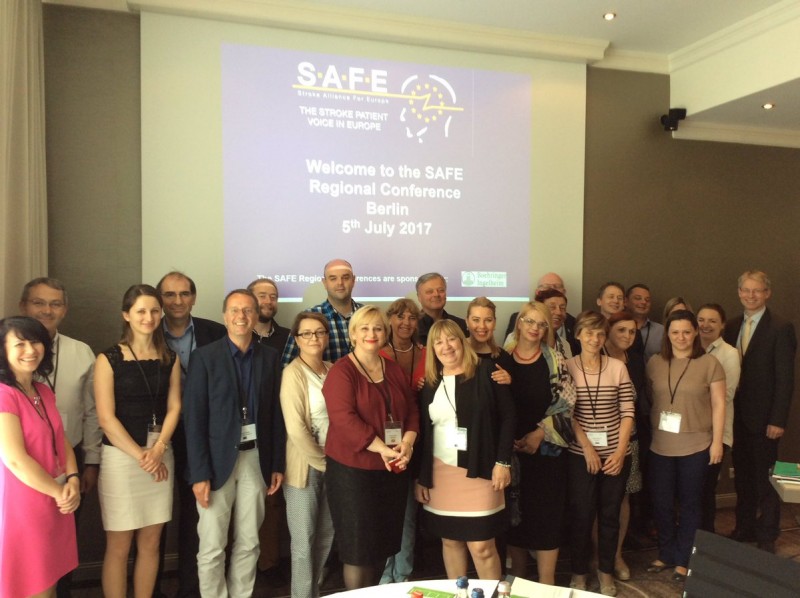 END_OF_DOCUMENT_TOKEN_TO_BE_REPLACED

Prague, 16th May 2017– Stroke Alliance for Europe and European Stroke Organisation signed the Memorandum of Understanding in Prague at the first day of the ESOC 2017.

-This is an historic moment that unites both patient organisations and professionals in mutual endeavors to improve stroke care across Europe, said Jon Barrick, the President of SAFE.

In her video message, Valeria Caso, the President of ESO stressed out that this step was very important.
By joining forces, SAFE and ESO are now creating a strong alliance among patients, care-givers and healthcare professionals, including researchers. 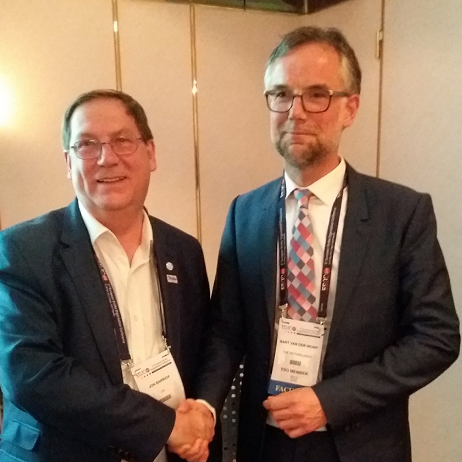 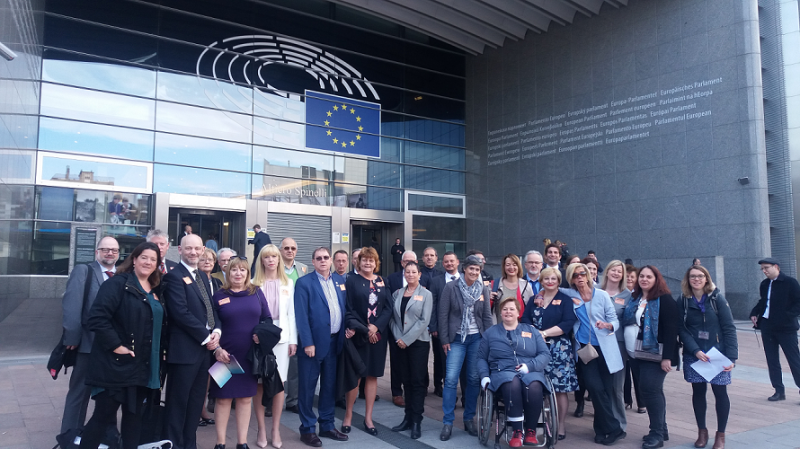 Plans for May 2017 activities in SAFE member stroke support organisations

Following the successful launch of the Burden of Stroke Report in EU Parliament, SAFE SSOs continue with their other activities at national level.

Plans for May 2017 activities in SSOs

Apart from the Burden of Stroke related communication, each SSO is having national plans for raising awareness of stroke in May. Please click here to see the plan of their national activities.

You can download a Burden of Stroke press release in following languages: