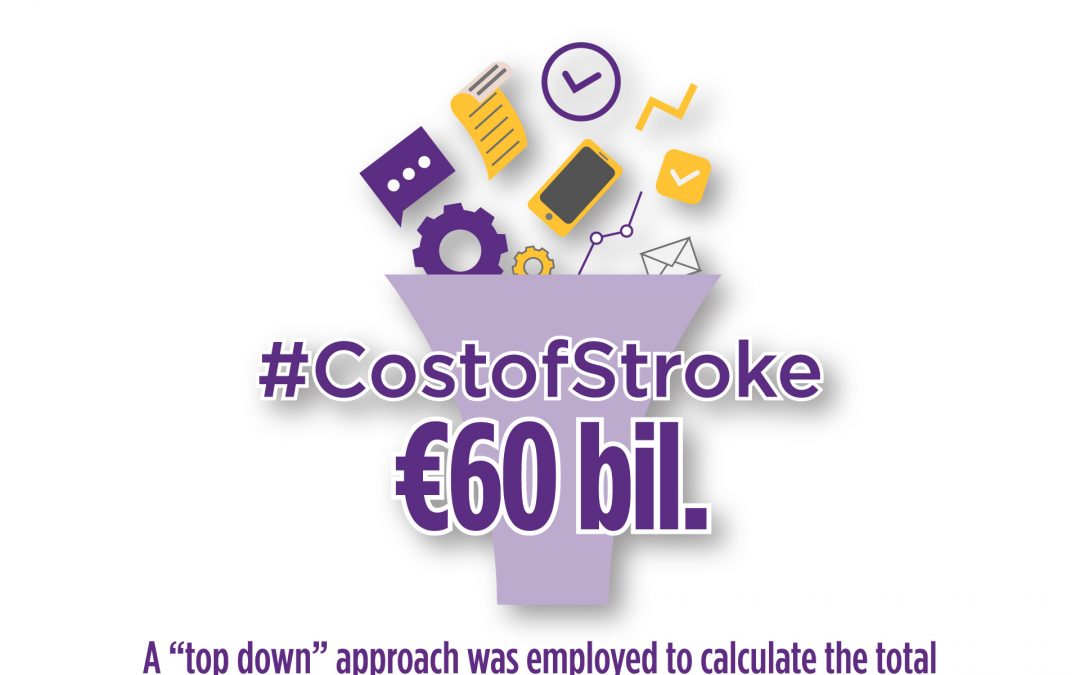 In 2017, nearly 1.5 million people suffered a stroke, nine million Europeans lived with a stroke, and more than 430,000 people died due to a stroke in the 32 countries in a new study. The total annual costs for stroke were over €60 billion, a figure revealed by the Economic Impact of Stroke in Europe Report, funded by the Stroke Alliance for Europe (SAFE) and undertaken by a health economics team from the University of Oxford.

“We know stroke shatters lives. This latest evidence clearly demonstrates its ability to shatter entire economic systems if the business as usual approach continues” said Arlene Wilkie, SAFE Director General confirming the first part of the Economic Impact of Stroke in Europe report being published in the European Stroke Journal.

SAFE delegates at the Working Conference held in Porto today had an exclusive opportunity to hear first-hand about this research and its most important findings from Ramon Luengo Fernandes, research lead on behalf of the University of Oxford and Gary Randall, SAFE’s Research Manager and volunteer. 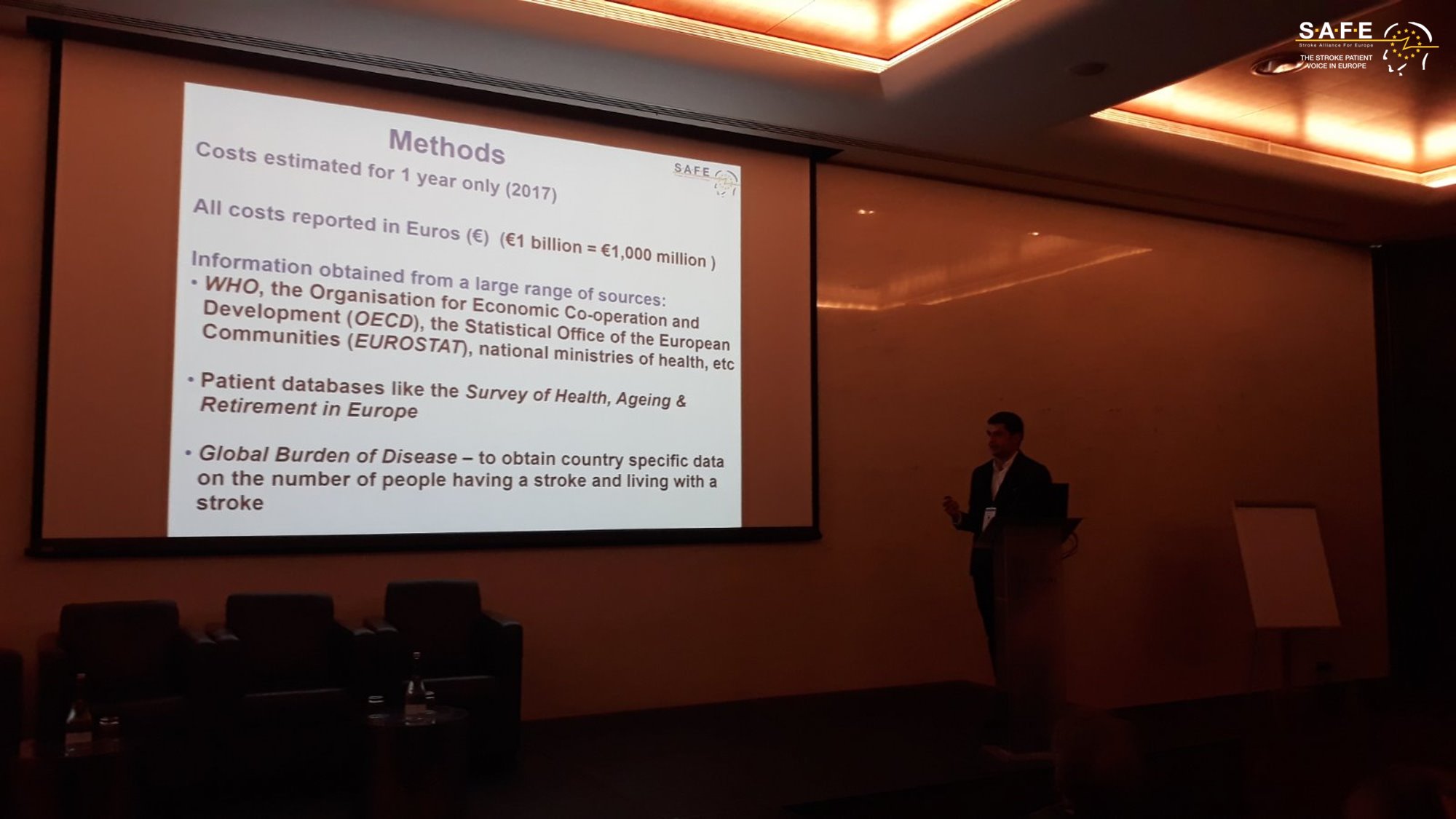 The whole session with the presentation of the results was live tweeted and shared via SAFE Facebook.

Previously, in 2015, the overall cost of stroke for the European Union was estimated to be €45 billion. However, that study did not include nursing or residential care home costs, which may have biased the estimated costs of stroke downwards because evidence has shown that when a stroke happens, the survivor often needs to be placed in a specialised institution for further care, for example in a nursing home. 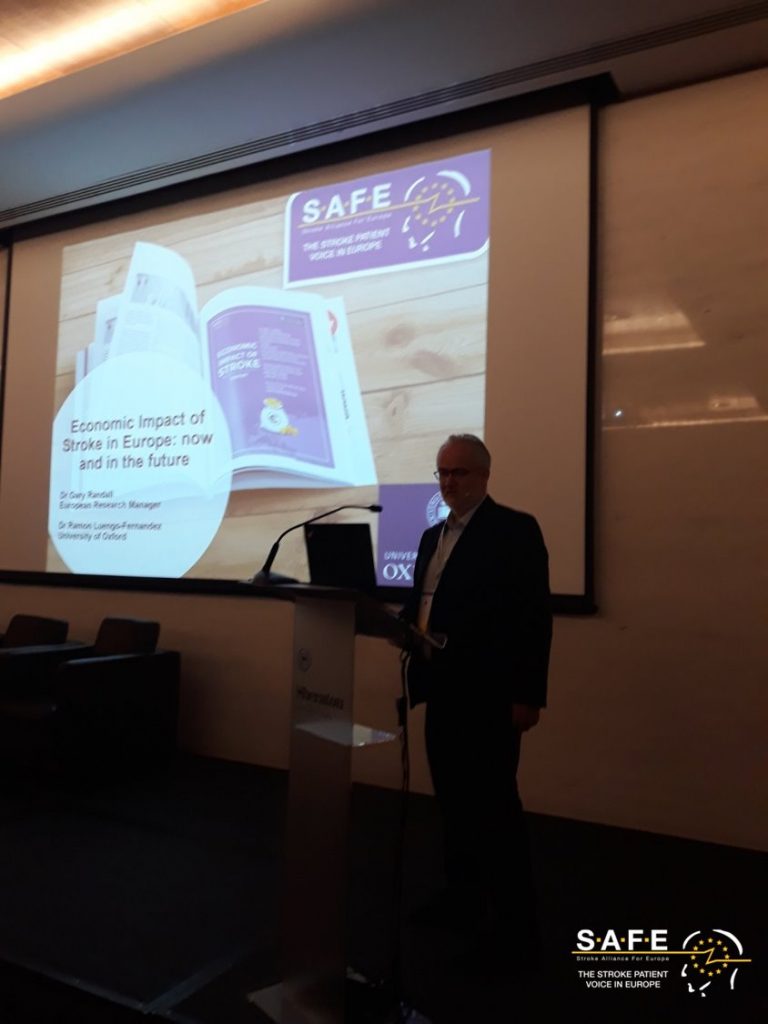 This new study shows that with social care costs (nursing and residential care home costs), costs of productivity losses (the effect of sickness on person’s time off work; working years lost due to early death) and informal care costs (the time that relatives and friends spend providing unpaid care to people with stroke) being added, we have the first full overview of all stroke-related costs in all 32 countries in question. With this new information, the cost of stroke across 32 European countries is roughly 15 billion euros more than previously estimated in 2015. However, this is likely to be an underestimate, because some categories of healthcare costs, such as health education, public health activities, supportive treatments, home adaptations, and care provided outside the healthcare system were not recorded in healthcare statistics.

Please read next:  #DontBeTheOne: Wave the flag for stroke awareness on this year's World Stroke Day

Further work commissioned by SAFE will estimate the number of people having, living and dying from stroke in 2030, 2035 and 2040, and how these changes will impact the economic costs of stroke across the 32 European countries in the study. These findings will be revealed in May 2020.
“The Economic Impact in Europe Report provides persuasive arguments for stroke to be considered as an investable proposition. We hope we have brought enough hard evidence for our partners, medics, researchers and policy decision makers to see the clear potential for investment in stroke prevention, treatment and life after stroke as a way for saving more lives and reducing future costs” concluded Arlene Wilkie.

This Report was made possible through educational grants from the following organisations: Boehringer Ingelheim, Amgen, Allm and the BMS-Pfizer Alliance.