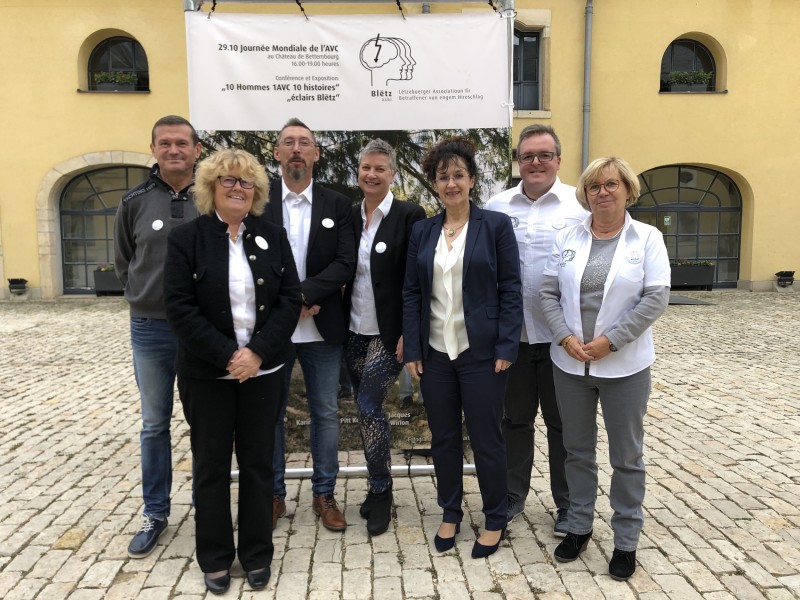 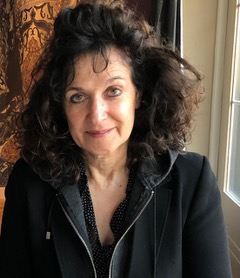 “Luxembourg needs an intensive aftercare centre where patients can go for three to six weeks in the mornings as well as in the evenings to receive an ongoing aftercare treatment for physiotherapy, speech therapy, occupational therapy in addition to psychological therapy. We also want families and friends to get the psychological support. Last but not least the patients need to be supported and assisted in being reintegrated back into the workplace” said Chantal Keller, the President of Blëtz Asbl, stroke support organisation from Luxembourg, a member of SAFE.

SAFE: What is the one issue related to the life after stroke in your country that you think needs special attention?
CK: The single most important issue in Luxembourg is that there is no intensive aftercare centre for stroke victims.

The current structure for stroke victims aftercare which is in place is that there are four rehabilitation centres which are located in the city of Luxembourg, Dudelange, Wiltz and Steinfort. They offer aftercare treatment for a period ranging from six months up to a maximum of twelve months.

At the moment the only aftercare structure which is available after the rehabilitation centre is in the form of an out-patient treatment at the physiotherapist as well as the speech therapist. These out-patient treatments mean that the stroke patient is dependent on a member of the family to take them there as taxis are not reimbursed by the Caisse Nationale de Santé (CNS) – the Luxembourgish Health Service. In addition to this the cost of other necessary aftercare treatments such as occupational therapy or going to the psychologist are not covered.

SAFE: What would be the solution, i.e. what is your organization’s position regarding this issue?
CK: Blëtz Asbl. Is actively working on setting up meetings and progressing with our goal which is to be able to offer an intensive aftercare stoke victims centre in Luxembourg. To date, we have the support and are under the high patronage of Her Royal Highness the Hereditary Grand Duchess.

We have also had meetings with the mayor of the commune of Bettembourg, Mr. Claude Zeimetz as well as with the mayor of the commune Mondorf-les-Bains, Mr. Steve Reckel in order to introduce and advance the urgent need for Luxembourg to have an intensive aftercare centre. In addition to this we are in the process of getting a meeting in place with the Finance Minister of Luxembourg, Mr. Pierre Gramegna. On the 30th of September we have a meeting with the Health Minister of Luxembourg, Dr. Jean-Claude Schmit.

Blëtz Asbl. Is actively promoting medical and scientific research. On the 27th of October, the World Action Day for Stroke Victims, we are pleased to be able to announce a conference with Dr. rer. Medic. Marcus Wagner, MPH, a senior expert from Stiftung Deutsche Schlaganfall-Hilfe. He was formerly the President from 2008 – 2013 of the Europäische Schlaganfallpatienten-Organisation Stroke Alliance for Europe (SAFE) and is the Vice President of this organization since 2016. At this conference we will be showing a film from the Stroke Alliance which will be adapted for Luxembourg as well as having the world première performance of a song written by Claudine Muno, accompanied by Remo Cavallini about aphasie which has been commissioned and composed for Blëtz Asbl.

SAFE: Please tell us more about your organization.
CK: Blëtz Asbl was founded in 2013 by me, Chantal Keller, who was affected by a stroke, in addition to Marc Schommer, a stroke survivor and Claudia Heiderscheidt-Landa, whose husband suffered from a stroke.

Blëtz Asbl’s mission is to help and to offer support to stroke and aphasia patients, their families and friends. We wish to raise awareness and to offer information to patients with brain injuries as well as giving them support for their individual needs.

A book called “You have to be a fighter! Life after a stroke” has been published by Chantal Keller, President of Blëtz Asbl. And contains firsthand accounts of human beings who share their stories and show how much human potential there is for resistance and creativity in the face of adversity.

A stroke is a major traumatic event in the lives of those effected, their families and friends. Blëtz Asbl runs a helpline and offers support. Personal meetings can be arranged.

And finally, every month Blëtz Asbl hosts an open day which covers different themes related to stroke and aphasia patients.