Stroke Survivors’ Needs in Ukraine: Special needs of stroke survivors neglected both by society and government 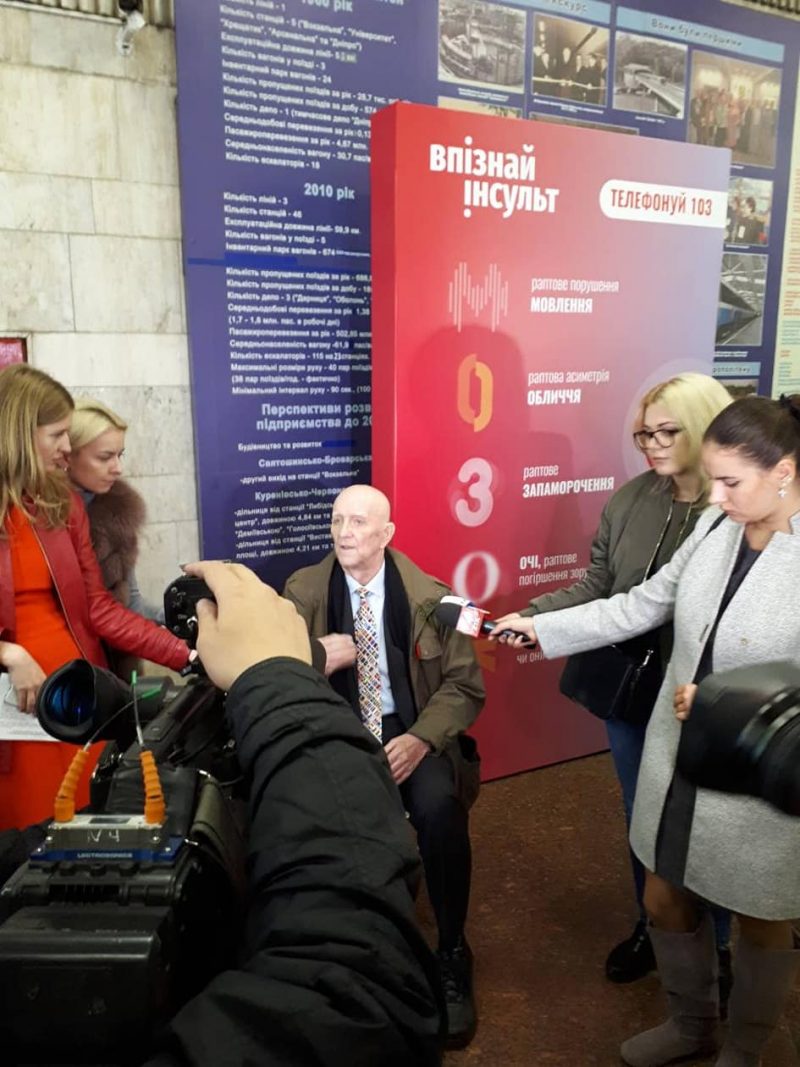 “I would say that in the information related to stroke and stroke care in Ukraine, provided by some specialists and even institutions, there is a lot of inaccuracies, mistakes, and even obvious and impertinent lie and falsifications” said Dmitriy Gulyayev at the very beginning of our conversation. 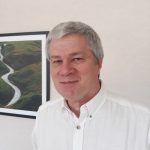 DG: Current state of stroke care in Ukraine is poor, so it is not easy to pick just one problem. In my opinion, one of the major issues is that special needs of stroke survivors are neglected by the society and the government. Stroke survivors are isolated from public – physically (due to inaccessible public transportation, buildings etc.), and psychologically (as they are often ashamed of their disabilities). They are not in focus and are almost ‘invisible’ for the society. Despite the fact that virtually anyone in Ukraine has a family member or a friend who suffered a stroke, they do not realize how many stroke survivors there are in Ukraine, how challenging their life is, and how unfair the society and the government treat this huge sub-population – stroke survivors, their relatives and caregivers.

Unfortunately, stroke survivors themselves rarely volunteer to share their experiences and challenges, and thus we are unable figure out the list of their priorities, and often have no other choice than initiating projects at our own discretion. Moreover, stroke survivors are not prepared to join their forces to speak up about their problems and the unmet needs. As a result, official institutions, take care of those who are younger, more mobile, more active, and who are shouting about themselves louder. Particularly by this reason, among others, for example, rather influential social movement “Patients of Ukraine” was established and is managed and promoted by activists of HIV/AIDS and hepatitis organizations, and stroke items are far out of their interest and attention. 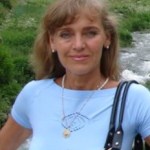 LZ: Stroke is the leading cause of morbidity and mortality death in Ukraine and is the main cause of disability in adults. Number of sufferers varies from 200 -300 per 100 000 population, depends on region. The main risk factors for stroke are well understood and include atherosclerosis and high blood pressure as well as bad habits. Stroke has a harmful impact on social and family life.

Quality of stroke service varies from region to region and depends on sometimes from personal activities and forces of doctors. To promote good service for stroke patients we have understand what is wrong and what we could to do in existing conditions.

Stroke service in Ukraine is only in the beginning of the way, people could not always access the services they need.  I would like to stress on some common problems in Ukraine and what changed during last years.

1/ People are not aware about stroke;

2/ Not all people address in time to get help;

4/ There are not insurance, and patients must pay for their treatment;

5/ Not so many departments use modern treatment (thrombolytic therapy and thrombectomy);

6/Not so many departments are equipped for monitoring vital parameters of stroke patients;

7/ Not so many departments have trained staff to perform all needs of stroke patients, particularly who has a dill with sufferers who have communications problems caused by stroke, such as aphasia;

8/ Not so many departments have multidisciplinary teams;

10/ Not all stroke survivors and their carers are provided with the recommendation they need when they discharge from the hospital;

11/There are not system for observe patient during the first year;

12/ Not all patients are offered individual budgets or direct payments within the first six weeks of their returning home;

SAFE: What would be the solution, i.e. what is your organisation’s position regarding this issue?
DG: Obviously, there is no magic wand to solve this deep social problem.  We have to be ready for long-lasting, often thankless routine activities. We have to:

-widely distribute through different channels stories about stroke survivors’ life, needs, problems, solutions – not only in Ukraine, but in other countries with different level of social and economic development;

-build different platforms (both real and virtual) for communication of stroke survivors – peer-to-peer, and with surrounding world;

LZ:  This can be summarized in couple of points:

1. The ministry of health declares some prevention measures; there is program -“Available medications”, which covered costs anti-hypertensive medicine, medicine to treat diabetes, …

2. The ministry of health proved protocol of ischemic stroke treatment N602 from 03/08/2012 which is act till now, should be revised according new trends, including thrombectomy

Over the last years the number of stroke units and thrombolytic therapy increased considerably as well as clinic where clot retrieving is available.

Despite of it we must improve these directions, which are help not only survive but return to social life.

SAFE: Please tell us more about your organisation
DG: The Ukrainian Anti-Stroke Association (UASA) is the All-Ukrainian nongovernmental organization established in 2004 with the purpose of integrating efforts of medical professionals, scientists, teaching staff of medical educational institutions, workers of social services, mass-media and people at large for improving the health care system in treating patients with stroke, primary and secondary stroke prevention, rehabilitation of patients after stroke and improving quality of medical and social help for patients who had stroke. Since its establishment, UASA is one of the most aggressively working Ukrainian NGOs in the field of medicine and health care, and the single organization totally devoted to stroke.

UASA elaborates, publishes and disseminates National Guidelines on stroke care, holds the most important Ukrainian scientific and education events for stroke physicians and allied health care professional, publishes as its official printed matter the single Ukrainian professional journal totally devoted to stroke “Sudynni Zakhvoryuvannya Golovnogo Mozku” (Cerebrovascular Diseases). For 4 years (2010-2013) UASA was publishing the Russian-language version of the “International Journal of Stroke” – the official printed matter of the World Stroke Organization – for all countries where Russian language is in use, including Russia. Several years ago, UASA has initiated and since then is a leader in the SUNEP – stroke unite nurses education project, which is very useful and successful not only in Ukraine, but in other countries of Eastern and Central Europe.

Main directions of work with general population are educational events for stroke survivors and their caregivers, educational materials for patients and general population, particularly the brochures on different aspects of stroke, “Guidebook on neurological diseases for laymen”, etc. The book “Stroke: Information for those who are concerned” has been re-published 8 times.

We fulfil wide educational activity in Facebook, and currently are on the way to finalize and publish the popular web-resource on stroke for general audience. UASA always was the principal organizer of the activities related to the World Stroke Day in Ukraine.

UASA is member of World Stroke Association and European Stroke Organization and is on the final stage of joining SAFE.

LZ: School for stroke survivors “Victory over stroke” was establish within Odessa neurological society in 2008, after visiting SAFE conference. We started with a small group of stroke survivors, trying to manage their life better, arranging some musical concerts, meetings and courses. We work and people help us as a volunteer. Since 2013 I become general neurologist of Odessa health department and from this time, I try to change the system of patient’s service and act more globally. We are working on many directions:

3.We are involved in city program “Health” which let our patients get access to CT in acute stage for free and get three days treatment according to protocol, this year we have plane to open three stroke units (one is ready now)

4.Thrombolytic therapy will be paid by this program as well as thrombus retrieving.

5.There two telemedicine centers, where patients from the countryside have access for consultations

7.Late rehabilitation center was open in one of Odessa clinic, where patients have accesses to improve their motor dysfunction, be adapt to the city and home environment

8.I joined school to University of third age, where people improved social life to study a lot of new subjects, computers, languages, tourist’s routes, where I teach people different medical questions, presented brochures, given to our organisation by SAFE, and presented new directions of stroke treatment, etc. This kind of activity play positive role, students of the university recognized stroke in one of the visitors and give help him immediately