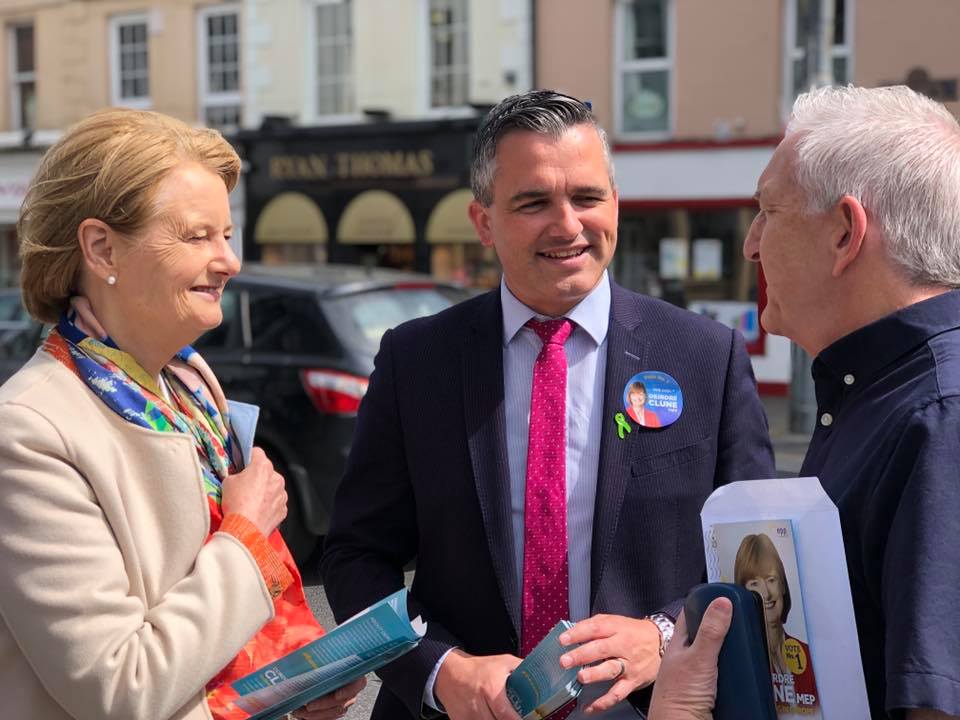 “Having attended the SAFE Regional Conference in Paris, I was struck by the need for us as stroke survivors to look past our own borders and countries and to focus on what can be done to ensure that the EU Institutions recognise the burden of stroke across Europe on survivors, their carers and families, and the need for stoke to be recognised as its own incredibly important entity, rather than diluting it in the wider classification of cardiovascular diseases” said Martin Quinn, stroke survivor from Ireland.

We at SAFE are thankful for Martin’s feedback and subsequent engagement after the SAFE Regional Conference in Paris. Sharing his views and actions in the blog post below, we hope to inspire other SAFE members from across Europe, just ahead of the upcoming EU elections, to be held between 23 and 26 May 2019.

“My thoughts after the Paris Conference were filled on what I could do as a stroke survivor to further this discussion and the recognition required on the burden of stroke across Europe. I felt that it was important that I should play my part as a stroke survivor from Tipperary in Ireland and that perhaps I could influence the process in some way and be a voice for those survivors that had no voice in the ongoing battle against stroke.

I am the type of person with the attitude of Benjamin Franklin who once said, “Don’t put off until tomorrow what you can do today”, so immediately on returning home from Paris I put pen to paper and wrote to my local media about my attendance at the Conference; on the implementation of the Stroke Action Plan for Europe, on the event held under the patronage of the Romanian Presidency of the Council of the European Union on the role of policy in tackling stroke which took place in Brussels, and on ongoing stroke support organisation activity across Europe.

The local media immediately picked up on the story and ran articles in the local newspapers and I was interviewed about the Conference on two local radio stations. There has been much positive reaction to this story and it has been widely shared amongst stroke survivors and their organisations.

With impending European Elections I wanted also to get this message out to outgoing Irish Members of the European Parliament and to candidates contesting the elections for the first time. So I again put pen to paper and wrote to every Irish MEP and to first time candidates that I could get contact details for. In my letter to them I informed them of my attendance at the Paris Conference and of SAFE’s goal to decrease the number of strokes in Europe by advocating for better prevention, access to adequate treatment, post-stroke care and rehabilitation. I went on to refer to the Brussels event, which was held under the patronage of the Romanian Presidency of the Council of the European Union, and I attached the report from the event for their consideration. In my letter I said that for me as a stroke survivor it was very important to hear of patient representatives and clinical experts calling on the EU Institutions to recognise the burden of stroke as its own incredibly important entity, rather than diluting it in the wider classification of cardiovascular diseases, and on the request to the EU to facilitate discussions between its Member States on the implementation of the Stroke Action Plan for Europe. I concluded by saying that joining forces with EU policy-makers to address the burden of stroke that stroke survivors, their families and the overall society are currently facing is essential, as is the support of our MEP’s in the implementation of the Stroke Action Plan for Europe.

Please read next:  SAFE Regional Conference Dublin: Comprehensive and insightful, according to our members

As luck would have it on the day of one of my interviews on my local radio station, who should I meet in the studio corridor only Deirdre Clune, Fine Gael MEP for Ireland South (Member of EPP Group in Parliament). I was previously acquainted with Ms. Clune so having exchanged pleasantries I then had a brief word with her about my correspondence to her on the Stroke Action Plan for Europe and I then headed into studio for my own interview. Later on however I had a further opportunity to meet Ms. Clune and to speak to her in more detail on the matter. She thanked me for my correspondence and for sending her a copy of the Brussels report and she committed if elected to following through on the proposals and objectives as outlined in the report to further the implementation of the Stroke Action Plan for Europe.

Sheila Nunan submitted a detailed response stating that she would call for the full implementation of the UN Convention on the Rights of Persons with Disabilities, including stroke survivors at EU level and will work with disability organisations and organisations like SAFE & IHF to achieve this. She added that she will promote and support new measures to ensure that all stroke survivors have access to inclusive education, with personalised supports, and an inclusive workplace.

The Ireland South Green Party candidate, Grace O’Sullivan (Greens/EFA Group in Parliament), said that she would keep my letter and report attachment on file for review should she be successful in getting elected.

I eagerly await responses from the others!” concluded Mr. Quinn.