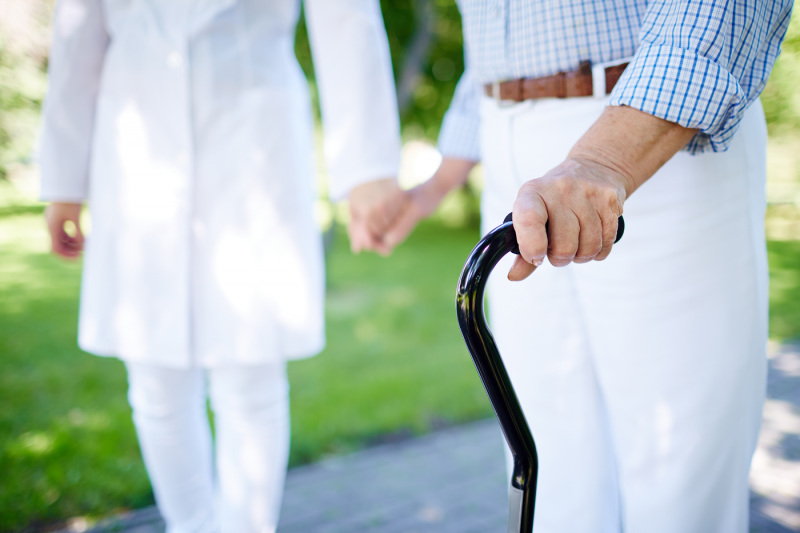 Sometimes it seems that stroke treatment is all about time, tissue and recanalization, whatever it takes. However, it is important to remember that danger might be just around the corner, even after a successful recanalization.

A 66-year old man was carried to our Emergency Department 4 hours after the acute onset of right hemiplegia and aphasia. CT-Angiography (CTA) showed a M1 left middle cerebral artery (MCA) occlusion and the patient underwent to systemic thrombolysis followed by mechanical thrombectomy in general anesthesia with right femoral access. When the patient was admitted to the Stroke Unit, he presented only right lower limb weakness, being able to flex the thigh at hip, but not to extend the leg at knee. The right patellar tendon reflex was absent, while the left was elicitable. The segmental weakness pattern and the reflex asymmetry suggested a femoral neuropathy. CTA of lower extremities excluded the presence of iliacus hematoma or femoral artery aneurysm. The patient had a spontaneous recovery of the neurological deficits within one week. The electromyography performed three weeks later did not show any finding of denervation at the quadriceps muscle, suggesting a previous femoral neuropraxic block.

An 82-year old woman with the same symptoms and radiological findings of the previous patient underwent thrombolysis and thrombectomy with right femoral access in general anesthesia.

Please read next:  A historical moment for the fight against stroke in Portugal: Portugal AVC is here