Second ESUS Round Table: What Is The Future For NOACs in Secondary Prevention of ESUS? 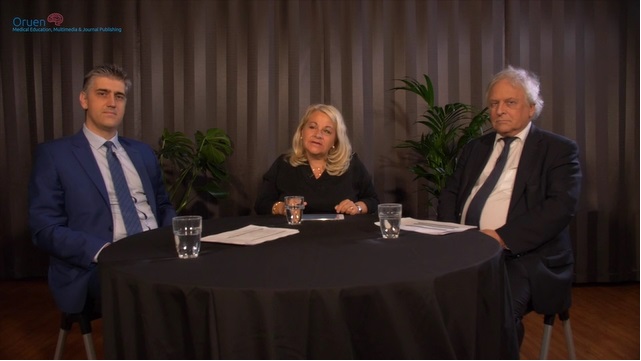 ESUS is a type of ischemic stroke with unknown origin, i.e. for which no probable cause can be identified after standard diagnostic evaluation. Thus, ESUS is a subgroup of cryptogenic stroke, which also includes strokes with incomplete evaluation and those for which more than one probable cause. Non-lacunar strokes in patients without no major-risk cardioembolic source (such as atrial fibrillation), no major atherosclerosis of the arteries supplying the brain infarct area and no other specific cause of their stroke are identified as ESUS.

Two large trials randomized ESUS patients for long-term treatment with either a NOAC or aspirin: NAVIGATE ESUS was stopped after an interim analysis as efficacy was not different with rivaroxaban compared with aspirin but showed an increased risk of major bleeding. RE-SPECT ESUS is still ongoing as planned; in this trial dabigatran is tested against aspirin. Results will be presented in October 2018. If the trial is positive, i.e. showing greater efficacy of dabigatran in the prevention of stroke recurrence than aspirin, this may not only have great implications of how ESUS patients are treated but could also lead to a simplified post-stroke diagnostic workup for most patients with ischemic stroke. 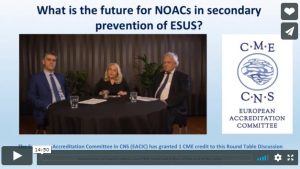