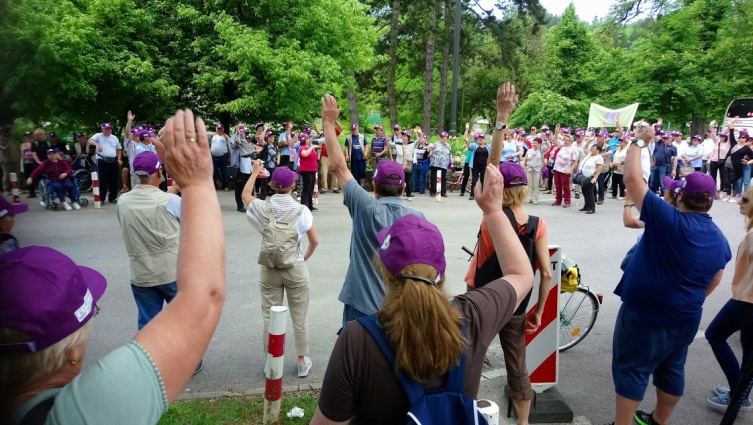 To promote the European Stroke day, there were two main activities namely: the city walk in Ljubljana and two teleconferences. In addition, 400 posters with message about FAST campaign in Slovenian – GROM were displayed around Slovenia for a period of April 24 till May 8. Further to that, 8 professional lectures were sponsored to be delivered within stroke clubs around Slovenia aiming to share again information about the facts about stroke.

Second city walk in Ljubljana was on actual European Stroke Day, May 8. This year the distance was 1,6 km and there were 260 stroke survivors and their supporters attending. It ended at the city Centre, »Prešernov trg«, were there were stands with information about stroke, its prevention including leaflets about Slovenian Stroke Support Organisation and Slovenian Heart Organisation. People, passing by, had the opportunity to have their cholesterol and blood pressure checked. There were four speeches, by Milan Čuček, president of SSSO, Tatjana Erjavec, vice-president of the SSSO, Mr. Zalar from Heart organisation and by Mr Jankovič, the major of Ljubljana. Participants continued with a lunch at the Livada restaurant in Ljubljana.

Please read next:  Study: How well do post-stroke reviews support adults with long-term needs after a stroke?

Two teleconferences were held to emphasize the message about Life after stroke and stroke facts; the first one already on April 23 and organized by Slovenian Heart organisation with representatives from SSSO. They were talking about stroke issues and notified the journalist already about the ESD and the next teleconference, on May 23. The May’s conference was organized by the SSSO and in addition to talking about the life after stroke issues, Tatjana Erjavec also spoke about »Stroke Action Plan in Europe«, the policy paper prepared by both the SAFE and ESO and presented at the same day in EP.

Please look at some of the photos from these activities. 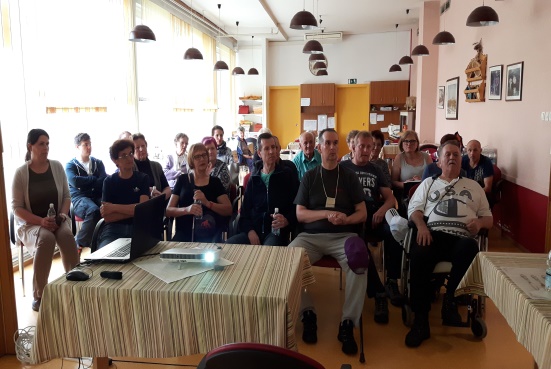 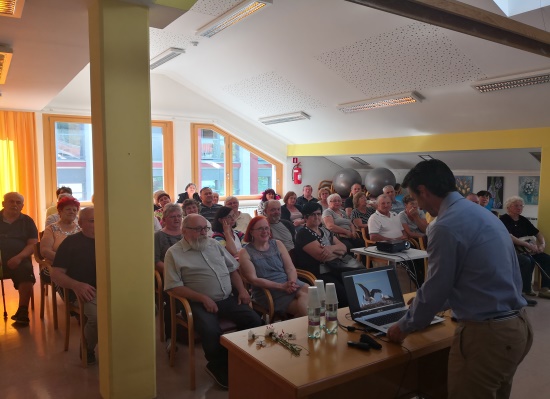 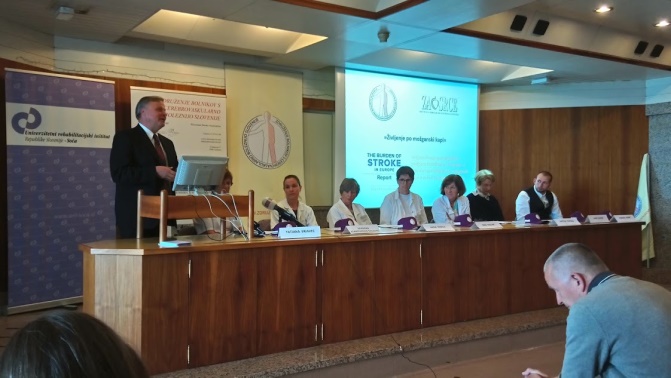 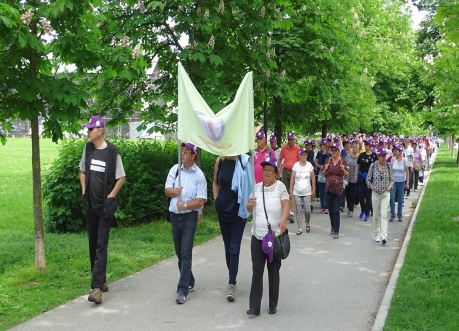 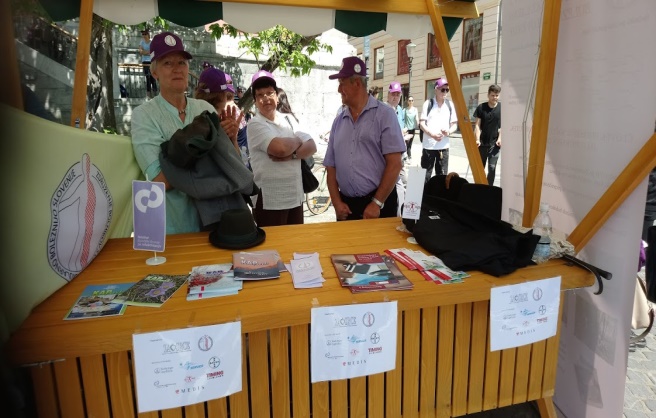 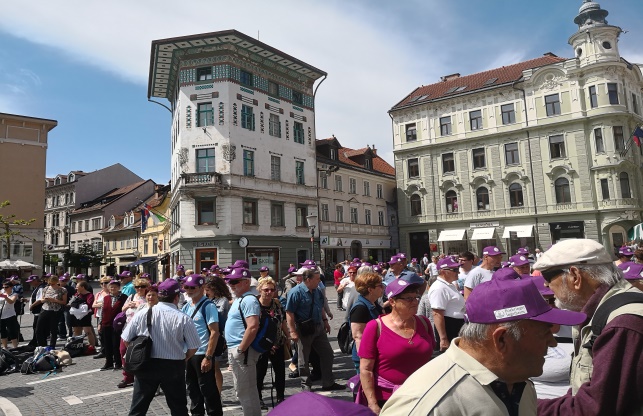 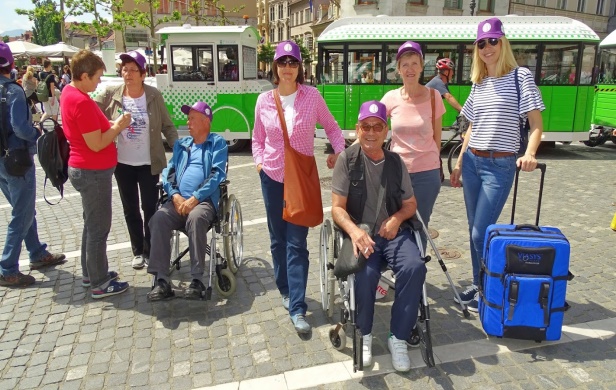