THROMBOLYSIS – TAKES AWAY THE CLOT, GIVES YOU BACK YOUR LIFE #StrokeEurope 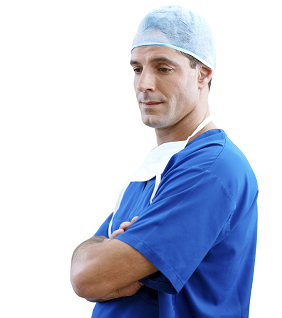 A stroke occurs when a part of the brain is deprived of blood supply. The brain cells need this blood supply constantly to survive. There are two types of stroke: One is due to ischemia when there is a blockage of the artery and the other is a hemorrhagic stroke in which there is bleeding into the brain.
Hemorrhagic strokes are less frequent. They result from a ruptured blood vessel or an aneurysm.
Ischemic stroke accounts for more than 80% of all strokes. If the immediate impairment resolves it is called a transient ischemic attach (TIA). TIA should be taken as seriously as a stroke because they are indications that the patient is at risk for a stroke which would make a permanent damage to the brain. The main cause of stroke and TIA is carotid artery disease. When there is substantial plaque build-up in the carotid artery this can block the blood supply to the brain.

– I am an oral surgeon. My stroke happened to me at the age of 34, at the Clinic, while I was waiting on patients’ anesthesia to kick in. I remember I felt my leg going numb, but I thought it was because of sitting on the edge of the chair. As I approached the patient with my hand holding the scissors, I felt like my hand was not my hand at all. I accidentally stung the patient in her lip with the scissors, fortunately, she didn’t feel it, but I said out loud: “We will wait a little longer for the anesthetic to start working”.

I was then trying to send a text message from my phone, but I couldn’t differ figures from letters. Then my colleague working next to me noticed something went wrong and asked if I was OK. I opened my mouth, but the words couldn’t come out, at least not in any understandable form, almost as if I was caught in a nightmare- trying to speak, but I couldn’t form words. That second I felt one side of my face sliding off, I couldn’t feel it, as if it had disappeared completely. And then I got really scared.
I was lucky enough to be in a Clinic which is across the street from the Emergency Center. The full diagnostic was done within the first hour of the onset of symptoms. I received thrombolytic therapy and recovered completely, as if I never had a stroke. But the scare remained. After being thoroughly examined, it was found that I had a large PFO, a hole in my heart which didn’t close when it was supposed to close, while I was in my mother’s womb. My identical twin brother was also examined, but he fortunately didn’t have this problem. (Male stroke survivor, Serbia)

The word “stroke” comes from the expression “stroke of God’s hand”, as in the past it was generally believed that little could be done to treat stroke.

Please read next:  Life After Stroke event puts a spotlight on stroke survivors

But since the mid-1980s when thrombolysis therapy was introduced to treating acute myocardial infarction and stroke, we know that if a stroke patient is treated emergently within 4,5 hours from the onset of symptoms, the disabling long term effects of a stroke may be avoided or greatly diminished. One major problem with thrombolysis is that it has to be instituted within the first to 4,5 hours and, unfortunately many people do not recognize the initial warning signs of a stroke. Delaying treatment makes it in many cases difficult or impossible to treat. It is therefore critical to recognize symptoms of stroke and seek immediate emergency attentions.