FROM NOWHERE TO GO – TO KNOW WHERE TO GO: STROKE UNITS SAVE LIVES #StrokeEurope 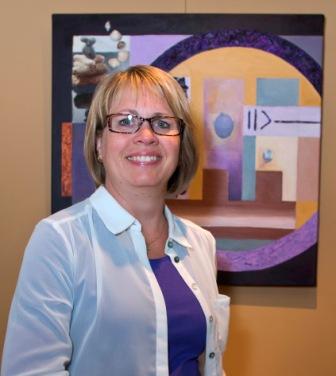 It is not enough to know the symptoms of stroke. The medical staff treating a stroke patient needs to know when to act, how to act and how to properly care for a stroke patient in order for him/her to have the best survival and recovery rate. All of the necessary actions regarding stroke treatment are best combined and performed within a stroke unit.

Anita Hamers – Dijkstra from Netherlands had a stroke in 1988, when she was 21 years old. When she came home from the hospital she was like a 21 year old baby who had to learn everything again, including talking, taking care of herself…
After more than nine months in the rehabilitation center she came home for good. At that point she still did’n know the difference between yes and no; she was a little bit disoriented, with right side paralysis and she could speak just a little. Fortunately, she recovered well from stroke and today she is very successful in doing what she loves the most- painting.

Chances are that in 2017, with access to a modern stroke unit and modern treatment options, the consequences of her stroke could have been much milder. The problem is that in most European countries, despite over thirty years of evidence showing the difference stroke units make, only about 30% of patients receive stroke unit care across Europe.

A stroke unit is a special ward in a hospital where stroke patients are cared for by a multidisciplinary team which specializes in stroke care. The core team consists of doctors, nurses, physiotherapists, occupational therapists, speech and language therapists, dieticians, therapy assistants, psychologists and social workers. Other health care professionals are sometimes called on for help if required.
In a stroke unit all stroke care is provided from specialist combined (acute and rehab) stroke units which means that stroke patients can be cared for from the early stage of their strokes all the way through to a substantial part of their rehabilitation and sometimes through to discharge.