In the midst of a media awareness campaign, which emphasized the warning signs of a stroke, the office of Neeman Stroke Survivors Association, Israel, received many calls of gratitude for the important information. A particularly moving one was from the mother of a 34 year old son, who had come home from work not quite “as usual”. His wife noticed a drooping on one side of his face. Recalling the clip she had seen on television, she immediately called for emergency transport to the nearest hospital. Her husband was fortunate enough to be found eligible for “clot busting treatment” (tPA).
After a short period of observation following the treatment, he was discharged with no apparent lingering of what he had undergone. 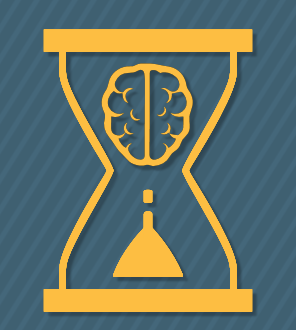 “Just 15 years ago, when a stroke patient would be brought to my hospital, I would say “Put him on a vitamin drip”, and go out for lunch. Today that would be a criminal offense, because we know that stroke is a medical emergency.”-says neurologist M.G. from Catalonia, Spain.

Stroke is a serious, life-threatening medical condition that occurs when the blood supply to part of the brain is cut off. It is a medical emergency because time plays a vital role in the life of the person having a stroke. Minutes can make a difference between life and death, the difference between brain cells that are saved and brain cells that are damaged forever, between recovery and lifelong disability. Every minute the brain is oxygen deprived, brain calls get irreversibly damaged, so the longer the door to needle time, the bigger the injury to the brain.

Medical research shows that when a stroke happens, brain cells in the area of the stroke set off a sort of chain reaction of chemical and electrical signals, possibly leading to secondary injury. This secondary injury can damage or even kill brain cells in a much larger area surrounding the original stroke. The faster a stroke is diagnosed, the faster treatment can occur, thus lowering the risk of permanent brain damage and disability.

However, not all stroke patients get to the hospital within three to six hours of the onset of symptoms, when the most effective therapy can be delivered. In fact, most people wait anywhere from six to 24 hours after experiencing the first symptoms of a stroke before seeking medical care. This is unacceptable, because the treatment they receive is ineffective since their brain has already suffered irreparable damage, and life with disability is a racing certainty.

Neurologists and other emergency physicians involved in the treatment of stroke have come up with the saying “Time is brain!” as a direct way of conveying the message that stroke is a medical emergency. It simply means that the more time passes before a stroke patient receives treatment, the worst the repercussions will be. But it also means that if the stroke is treated immediately, brain damage will be minimized.

People at high risk of stroke, especially those that have experienced a mini-stroke or TIA (transient ischemic attack) should research the location of nearby hospitals that have established emergency room teams to handle a stroke/brain attack. These hospitals will have neurologists, radiologists / neuro-radiologists and other healthcare professionals who are able to diagnose and treat a stroke during the critical 4,5 – hour window in which tissue plasminogen activator (TPA) must be delivered. Those medical centres and hospitals with dedicated stroke treatment programs should have experience in the administration of TPA clot busting agents or other thrombolytic and neuro-protective agents, as well as dedicated specialists and imaging protocols for diagnosing stroke and mapping the best course of therapy.

Know the signs of stroke!

Apart from knowing who to call for help, people with high risk of stroke, and their families, should also know the first signs of stroke.

Sudden numbness or weakness of the face, arm or leg, especially on one side of the body
Sudden confusion, trouble speaking or understanding
Sudden trouble seeing or blurred vision in one or both eyes
Sudden trouble walking, dizziness, loss of balance or coordination
Sudden severe headache with no known cause