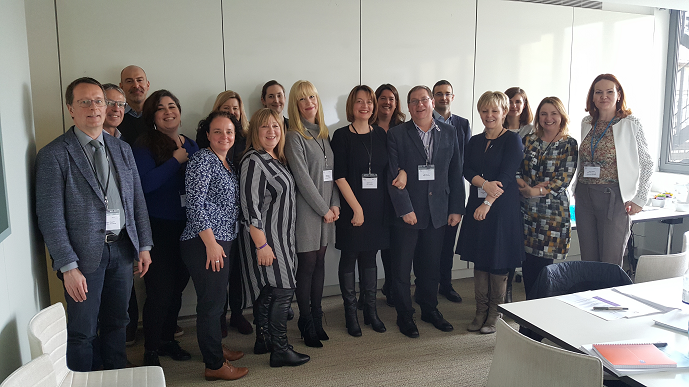 London, 1st March 2017– SAFE, ESO and industry partners met this week in London, to continue working on the Burden of Stroke project. The main topic was the Burden of Stroke Report launch in May this year, but other important topics were also discussed in a productive 4-hour long meeting.

The location for the meeting was at the courtesy of PR agency Cohn & Wolfe, who support Boehringer Ingelheim, one of the SAFE’s long-term partners and a sponsor of the Burden of Stroke. The meeting was attended by representatives from Burden of Stroke sponsoring companies and industry partners, coming from Bayer, Boehringer Ingelheim, BMS-Pfizer, Ipsen Biopharm, Amgen, Medtronic.

As well as industry representatives, the meeting was also attended by Anita Wiesman, the Campaigning Officer from WSO, SAFE representatives and ESO president Valeria Caso, who showed great honour to SAFE with her presence and expressed her support for this project on behalf of the European Stroke Organisation. As additional support at the meeting, the representatives of the agencies Cohn & Wolf, Gplus Europe (representing their client, Penumbra) and Weber Shandwick were also present, while the representatives of the BofS sponsoring companies Merz and Daichi-Sankyo were justifiably unable to attend.

After being presented with the detailed timeline for the production of the Burden of Stroke report, organisation to date around the European launch event, launch agenda and role of sponsors, all the participants agreed to have another joint meeting within next four months, to discuss country-based promotional activities for the Burden of Stroke and combining their companies’ activities with the SAFE plans for the year ahead.