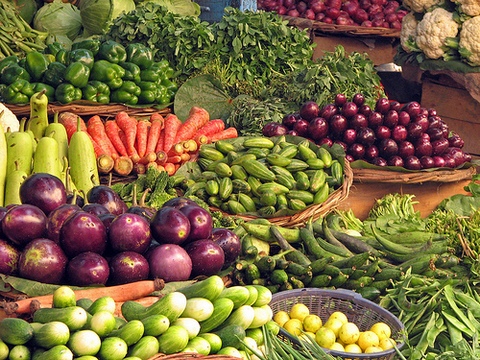 People with certain forms of early-onset Parkinson’s disease may benefit from boosting the amount of niacin in their diet, according to new research from the University of Leicester.

Niacin, or Vitamin B3, is found in a variety of foods, including nuts and meat.

The team from the MRC Toxicology Unit at the University of Leicester studied fruit flies with a mutation that mimics the human disease.

The results of the study, which is funded by the Medical Research Council, reveal a mechanism for how early-onset Parkinson’s affects the brain, and point to other drugs that may also help this subset of patients.

Dr Miguel Martins, who led the study, explained: “Parkinson’s disease occurs when dopaminergic neurons in a part of the brain called the substantia nigra are lost. This can happen for a variety of reasons, but in some hereditary cases, the main problem is unhealthy mitochondria — the organelles that power the cell.

“Mutations in genes such as PINK1 prevent cells from clearing out the defective powerhouses. When they accumulate, neurons can’t get enough energy and die. The faulty mitochondria also release toxic molecules that damage their genes encoded by DNA.

“Curiously enough, there’s a compound in the body that’s important for both energy generation and DNA repair. It’s called NAD. With all the mitochondrial damage going on, we wondered if in cases of Parkinson’s the molecule ends up in short supply.”

Please read next:  Launch of the European Alliance for Cardiovascular Health

To investigate this, the team fed fruit flies with the mutated PINK1 gene food supplemented with niacin, which is made into NAD inside the body.

With this extra source of NAD, the flies had far fewer faulty mitochondria than their mutant peers on a regular diet.

The vitamin also prevented the flies from losing neurons.

The team of neuroscientists then examined whether stopping DNA repair from depleting NAD would protect the flies with Parkinson’s — and found that genetically switching this function off kept mitochondria healthy and neurons alive, as well as improved the flies’ strength, mobility and lifespan.

Dr Martins added: “The results suggest that in familial Parkinson’s, available NAD is critical for keeping mitochondria in shape and the disease at bay. Drugs that block NAD-consuming DNA repair already exist to treat cancer. Loading up on niacin probably can’t hurt either.

“While neither of these would be cures, they would expand treatment options for Parkinson’s patients with faulty mitochondria.

“This study strengthens the therapeutic potential for Vitamin B3/niacin-based dietary interventions and PARP inhibition in the treatment of Parkinson’s disease.”

A video explaining the research in more depth is available here