September 23rd, 2016, is a day that can be in the history of the fight against stroke in Portugal: The 1st associative entity was founded, and is officially legalized, nationwide, led by survivors of stroke, although including families, health professionals, caregivers and friends who embrace this cause. The name of this newly founded stroke support organisation is the PT.AVC – Union of Survivors, Family and friends, also known as “Portugal AVC“.

Made up by and with stroke survivors, which are 3 to 5 in the Executive Board, including the President, and present at the General Meeting and the Supervisory Board, and integrating elements from various parts of the country. It was born with the mission to “contribute to the prevention of stroke and (…) to meet the needs experienced by patients stroke survivors, their families, caregivers, and others” (article 3 of the Statute). 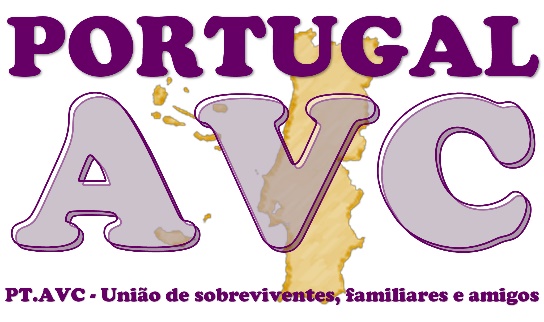 -In addition to promoting initiatives also designed for and with stroke survivors, we want to give voice, and be the “speaker” of all stroke survivors- said António Conceição, the President of Portugal AVC, and continued- The Portugal AVC can be what we want! The more we are able to deliver some of our time and skills, because we all have them, even if they are still “hidden”, much more may be returning.
As a seed, thrown to the ground, which has sprouted, and now dreams of taking root, to be tomorrow, perhaps, a large tree. He cordially thanked to all who have believed, and were able to contribute to this project.

The translation of the Statutes is expected to be finished soon and in few days, Portugal AVC will require officially to be addmited to SAFE.- concluded António Conceição.

Jon Barrick, the President of SAFE congratulated and thanked Portugal AVC for sharing this marvelous news.