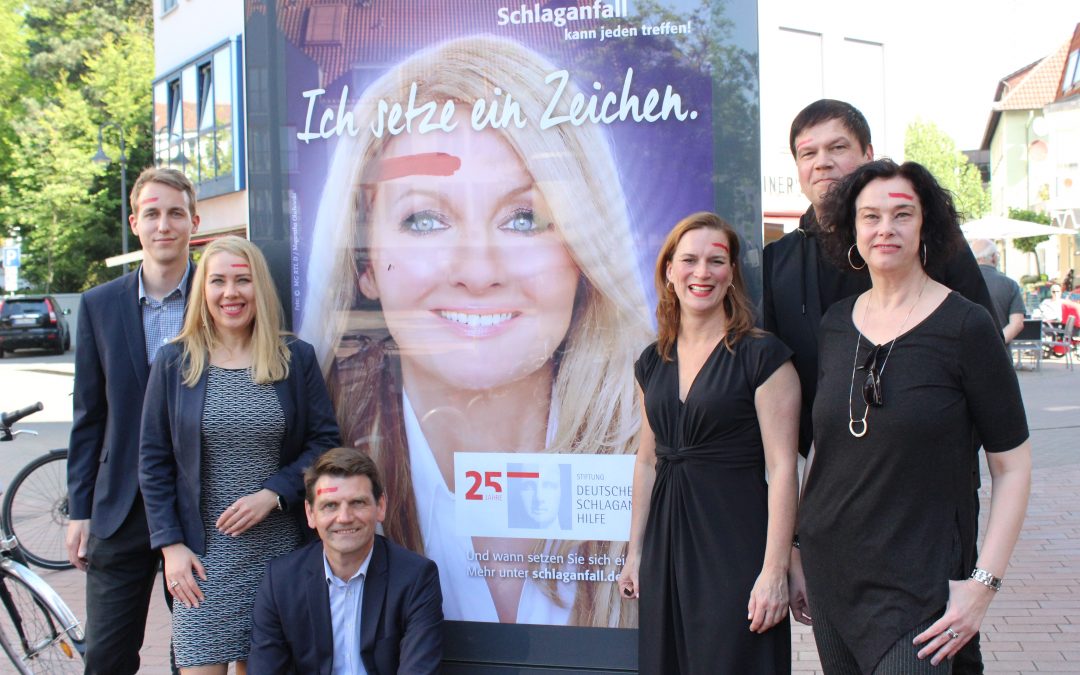 The German Stroke foundation started its work in January 1993. To celebrate the anniversary the foundation launched a new campaign: “I set a sign.” A newly designed website went online in October and the Integrated Care Project “STROKE OWL” enrolled the first patients. 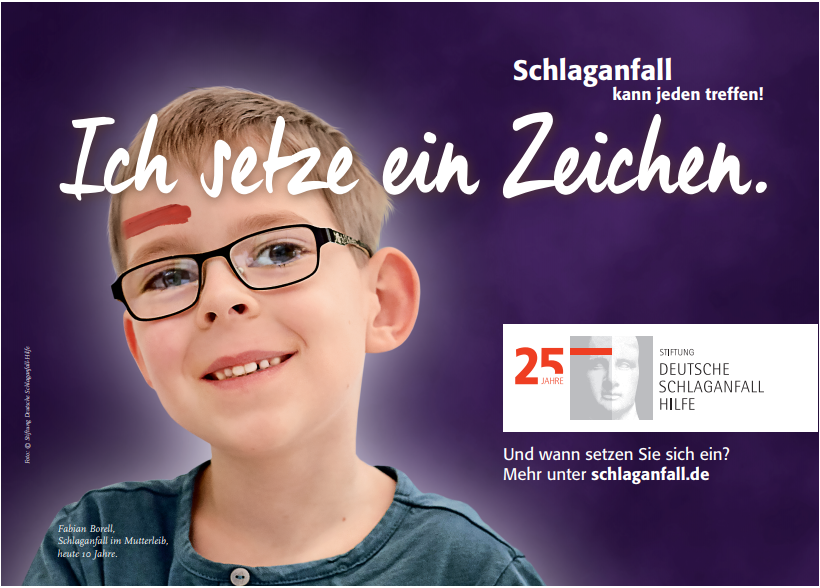 A red stripe above the eyebrow represents the stroke. A sign that celebrities, stroke victims and supporters set to raise awareness and show their solidarity towards stroke-victims. The campaign “I set a sign” was launched in May 2018 at the “Rosenball”, a significant charity event for the German Stroke Foundation in Berlin. During this event many guests had their picture taken with a red stripe above their eyebrow and uploaded their “sign” on social media or the campaign-page www.schlaganfall.de.

The campaign was running on many different channels. The local billboard company supported the foundation by offering rent-free billboards for a couple of weeks which were set up all over Gütersloh, the hometown of the foundation. Thanks to the cooperation with the TV channels of the RTL Group more than 100 million viewers have seen the TV-spot “I set a sign” so far. The advertisement has been published in many magazines with an edition of 1,5 million in total. People who have set a sign were portrayed with their individual stories on facebook once a week. Up to a couple of hundred users liked or commented on these posts.

The foundation used the campaign to raise awareness of stroke – because everyone can have a stroke, regardless of age, gender or social background. 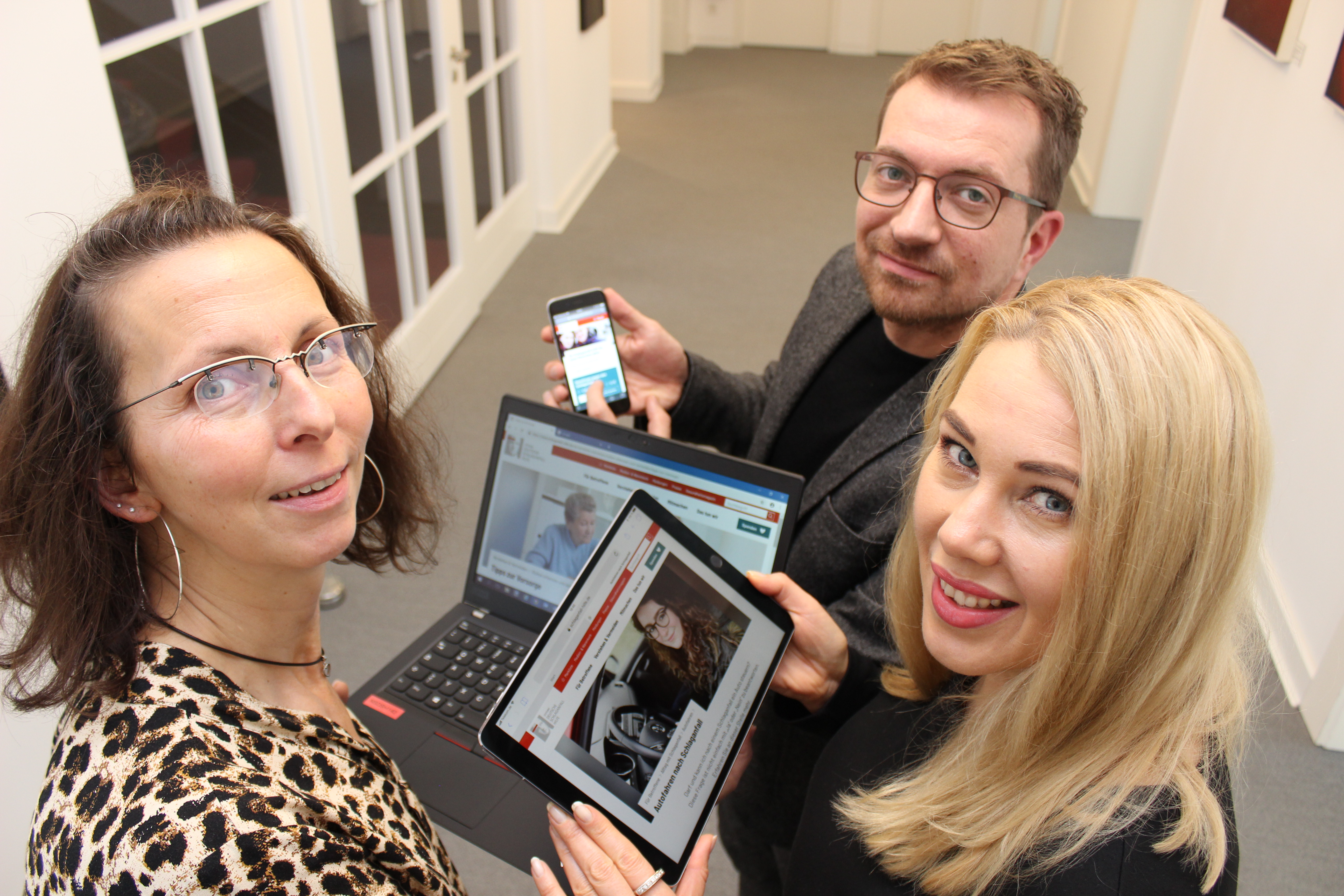 The German Stoke Foundation launched their new website at the end of October (World Stroke Day). Thanks to the modern design, the information presented on the new website is now easier to find for stroke-patients and their relatives as well as for experts and supporters.

Additionally, the website is now accessible for mobile devices as well. In 2019 the website will be updated with more information. The foundation also plans to add further technical features. www.schlaganfall-hilfe.de 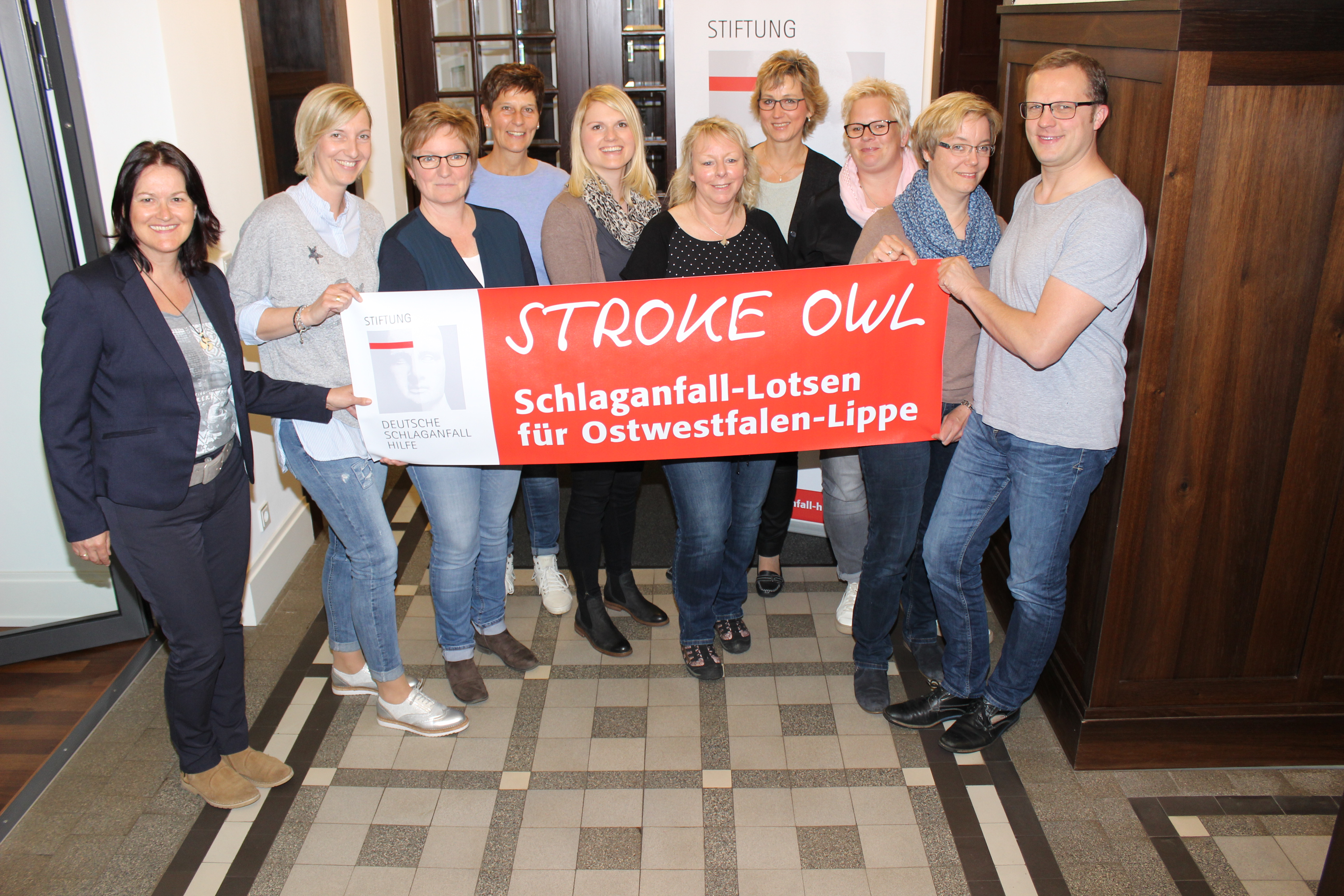 The project “STROKE OWL” started in 2017 and is financed by the German “innovation fund” with seven million euro. OWL stands for “Ostwestfalen-Lippe”, the region in Germany where the German Stroke Foundation is based. The foundation wants to prove that continuous case management is able to improve the situation of stroke-patients and reduce the risk of a second stroke.
About the project:

By proving the advantages of a case management not only for the patients but also for the health care system in general the German Stroke foundation wants to support the establishment of stroke case management, which in the end is payed by the insurance companies. 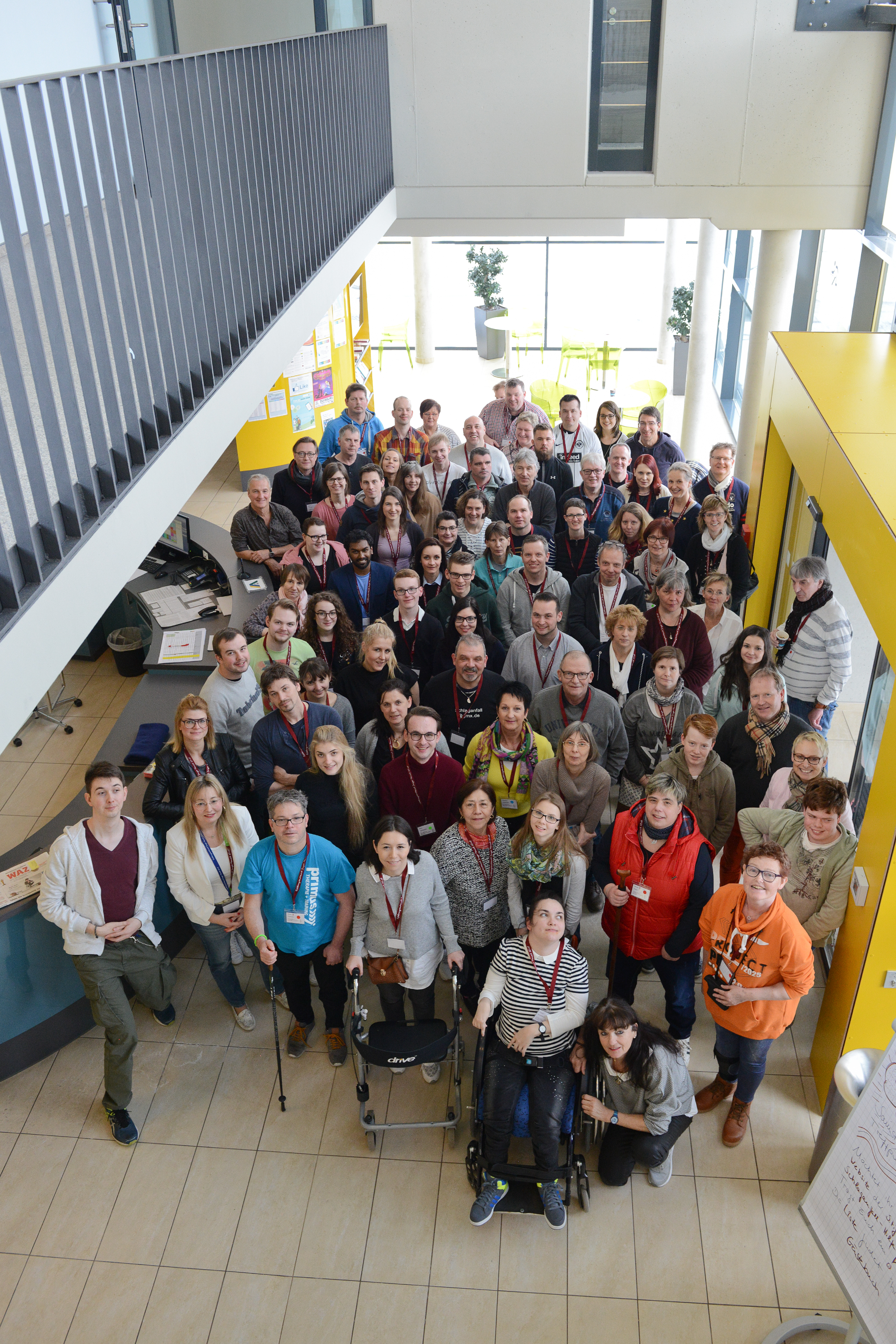 The German Stroke foundation is looking forward to 2019. Some of the events and projects the team is planning:

– seminar for parents of children who had a stroke
– implementing a second case manager in Germany for children who had a stroke and their families
– continuing the project “STROKE OWL”
– raising attention to the topic with a campaign for the “Day against stroke” in May (with a focus on “The invisible consequences of stroke”, e.g. concentration-problems, emotional imbalance or neglect)
– 4-day workshop for young stroke patients between 18 and 50